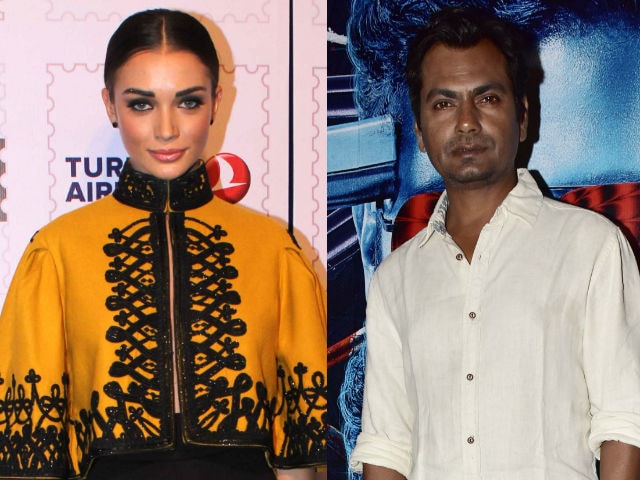 Mumbai: Actress Amy Jackson wants to take her Ali co-star Nawazuddin Siddiqui to a lonely planet so that he can quickly teach her Hindi.

When asked at the fifth Lonely Planet Magazine Awards if there is anyone whom she wants to take to a lonely planet, Amy said: "Probably Nawaz (Nawazuddin Siddiqui) because I'll learn my Hindi quickly then. I just finished a film with him so I'll take him to learn Hindi quicker."

Ali is directed by Sohail Khan and is a romantic comedy where Nawazuddin will be seen in the titular role and he will reportedly will shake a leg with Amy in the film.

Talking about her other projects, she said: "My next film is 2.0 which is with Rajinikanth sir for which we are shooting currently."

Amy's last Hindi film was Singh Is Bliing opposite Akshay Kumar, who plays the antagonist opposite Rajinikanth in 2.0.