Amul's Moving Tribute To The 'Kohinoor' Of Actors Dilip Kumar 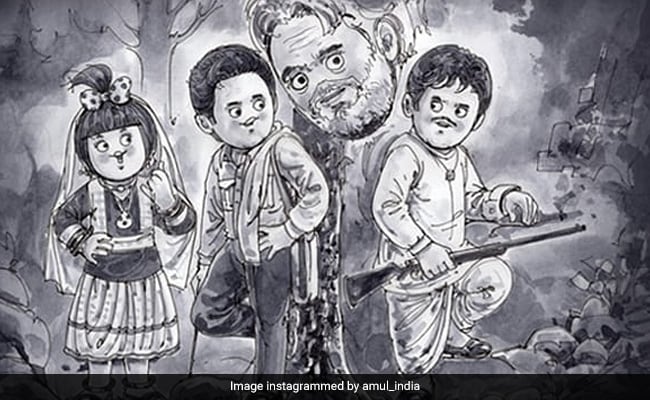 What can be a possibly better way to pay tribute to an artist than acknowledging his body of work? After legendary actor Dilip Kumar's death, Amul paid tribute to the actor in its quintessential utterly, butterly topical. On Wednesday night, a topical was posted on the brand's official Instagram handle, highlighting some of Dilip Kumar's finest works. The text on the post was with reference to some of his iconic films Vidhaata, Ganga Jamuna, Aadmi. It read: "Ganga bhi, jamuna bhi, Aadmi bhi, vidhaata bhi, haar andaaz ka leader." The caption on the post read: "Tribute to the legendary actor."

Dilip Kumar died at the age of 98 in a Mumbai hospital on Wednesday morning. The veteran actor was taken to the hospital last Wednesday after he complained of breathlessness. A tweet posted from the actor's official handle by family friend Faisal Farooqui read: "With a heavy heart and profound grief, I announce the passing away of our beloved Dilip saab a few minutes ago. We are from God and to him we return." The actor is survived by his wife Saira Banu, his co-star of films such as Sagina Mahato, Gopi, Bairaag and Duniya. Thy got married in October 1966.