A few days back, some reports stated that Sara's mother Amrita has been interfering in her daughter's debut film 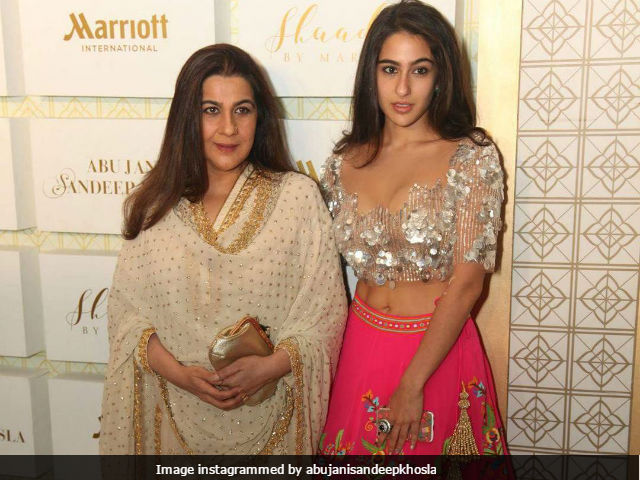 New Delhi: Sara Ali Khan, daughter of actors Amrita Singh and Saif Ali Khan, is all set to make her debut with Kedarnath, which will be directed by Abhishek Kapoor. She will be seen romancing Sushant Singh Rajput in the film. A few days back, some reports stated that Sara's mother Amrita is interfering in her daughter's debut film. However, speaking to news agency PTI, the producer of Kedarnath Prerna Arora dismissed the reports and said that the 59-year-old actress isn't interfering in her daughter's career. "No, it is incorrect news. Amrita does not interfere in Sara's career. Sara is an independent girl. As a mother, she definitely supports Sara, she is morally supporting her," PTI quoted Prerna Arora as saying.

Prerna Arora, who is launching a star kid for the first time under her banner KriArj Entertainment, told PTI that Sara is a 'very promising girl.'

"There is no pressure to launch Sara as as she is a very promising girl. But with her there is definitely a responsibility as I am launching her in the industry," she told PTI.

The first motion poster of Sushant Singh Rajput and Sara Ali Khan's film Kedarnath was unveiled on Saturday. The short clip shows a trident or Lord Shiva's Trishul and the Himalayas in the background with a caption that reads, "Love is a pilgrimage."


Kedarnath, which is a love story, will be shot in Kedarnath, a scenic temple town in Uttarakhand.

Of the film, Prerna Arora told PTI, "This is visually going to be a different film, something that India has not seen before. We will have the backdrop of Kedarnath, the temple, the mountains, the scenery. It is a love story in Kedarnath. It is releasing on Eid next year."