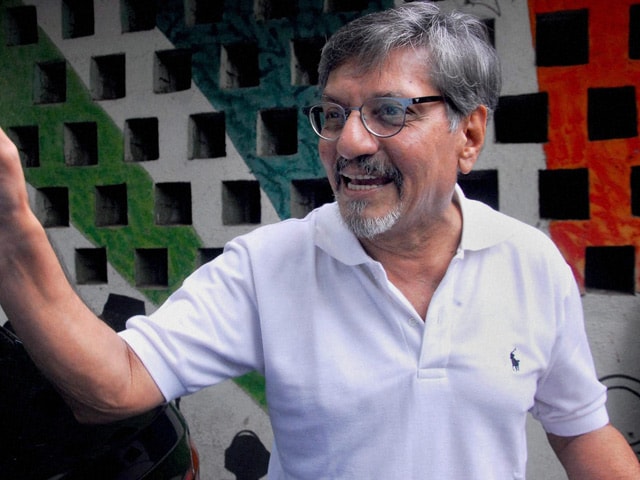 New Delhi: Veteran actor-director Amol Palekar is waiting for Bollywood to wake up and stop treating environment as an untouchable subject.

The 70-year-old Chhoti Si Baat star, who is heading the jury of eighth CMS Vatavaran Environment and Wildlife Film Festival, feels filmmakers should make movies on the subject of nature conservation.

"I genuinely wish that something, some section from Bollywood wakes up and feels like doing anything on this subject, which is considered untouchable by Bollywood. Anything to do with good content is anyway a rarity so if they think they can do I would be most happy," Mr Palekar told PTI.

The Paheli director is happy to be a part of the festival for the second time as he feels it is a great platform to inform people about issues like wildlife conservation, sustainable technology and climate change.

"You get to know about wildlife conservation, sustainable technology. I am very happy to be a part of it, purely at information level. CMS Vatarvaran is doing a magnificent job, making people aware by taking arranging these festivals and taking them to different cities and involving more and more younger generation. Coming here is one tiny little step from my side in helping them," he said.

Mr Palekar is currently viewing seventy film nominated films along with the 10 jury members and he finds the experience "enriching."

"As a filmmaker, I am interested in seeing what people are doing in short films, documentaries and all other areas. That's my genuine interest so therefore purely selfish point of view. This is a very enriching experience, I get to see what is happening around our country and also at international level, this is a big bonus for me as a filmmaker and movie buff," he added. (Also Read - Everybody is Behaving as if I Have Brought an Oscar: Amol Palekar)

Radhika Apte and Kunal Kapoor's Kaun Kitne Paani Mein, based on the subject of water scarcity, and Palash Sen's Aisa Yeh Jahaan, which is said to be India's first carbon neutral (achieving net zero carbon emissions) film, will also be screened at the festival.