Amitabh Bachchan's Deewar is 40: 9 Things You Didn't Know About the Angry Young Man 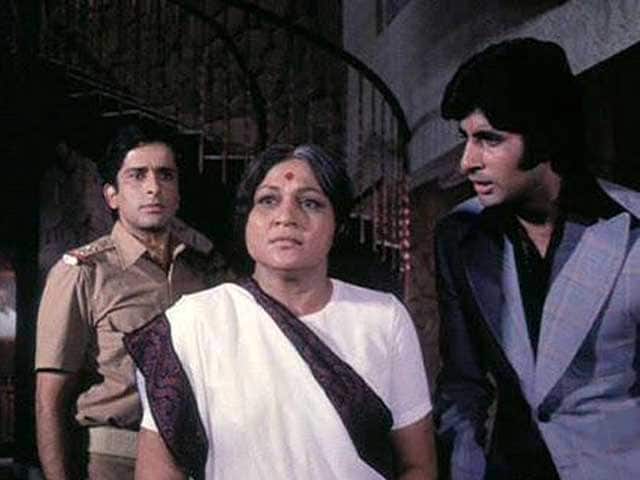 A still from Deewar

Amitabh Bachchan's journey all those years ago from struggling actor to superstar, helped by his Angry Young Man roles, is a well-documented one. He first played an Angry Young Man in Zanjeer, the 1973 film that finally deleted the 'flop actor' epithet he found himself saddled with. However, it was the Angry Young Man in 1975's Deewar which really changed the then-33-year-old actor's fortunes.

Deewar is celebrating its 40th anniversary. The Angry Young Man is in his 40s as well. As a birthday present of sorts, here are nine things about Amitabh Bachchan's most famous screen persona that you may or may not know.

1. Amitabh Bachchan was the fifth choice for Zanjeer's Inspector Vijay, film that marked the rise of the Angry Young Man. Dev Anand turned down the film after he was told he couldn't sing playback for himself like he wanted. Raaj Kumar refused the role because he disliked the smell of director Prakash Mehra's brand of hair oil. Dharmendra had no dates free. Rajesh Khanna didn't want to mess with his romantic hero image. Prakash Mehra was at his wit's end when Pran, who was cast as Sher Khan, suggested he watch Amitabh Bachchan in Bombay To Goa. In the fight sequence, Mr Mehra knew he had found his Vijay.

2. Deewar's Vijay Verma is said to be modeled on real-life gangster Haji Mastan, who began life as a coolie in the docks just like Vijay.

6. With Shakti, director Ramesh Sippy had no qualms about casting Rakhee as Vijay Kumar's mother even though she was playing his love interest in Bemisaal the same year.

Promoted
Listen to the latest songs, only on JioSaavn.com
8. Kaalia was beset by financial trouble. Dharmendra, the first choice for the role, had no dates. Amitabh Bachchan was cast, leading to Salim Khan and Javed Akhtar, who were producing the movie, to quit because they had wanted Vinod Khanna. Finally, Dharmendra's secretary Iqbal Singh produced the film and it was shot on a budget and a tight schedule. The famous song Jahan Teri Ye Nazar Hai had to be shot on the sets of Namak Halaal, also starring Amitabh Bachchan.

9. Agneepath's Vijay Deenanath Chauhan is portrayed as younger than many of the other characters in the film, including Danny Denzongpa's Kancha Cheena and Tinnu Anand's Nathu Kaka. In real life, the actors were much the same age or younger than Amitabh Bachchan. Tinnu Anand went bald for the film to look older than the hero. Even Rohini Hattangadi, who played Vijay's mother, was younger than her screen son.