Amitabh Bachchan: Women in Our Films Have Moved Away From Stereotypes 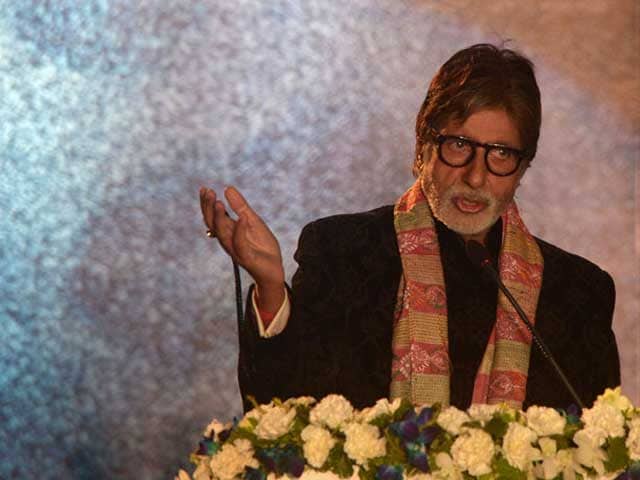 Big B at the Kolkata Film Festival

Noting that the visual representation of women has changed dramatically over the past two decades, Bollywood megastar Amitabh Bachchan on Monday saluted the way contemporary Indian films have been portraying female characters, who seem to have moved away from the pre-set stereotypes of the wife, vamp or the sacrificing mother.

"From the 1990s, along with the changing role of the women in India, the female protagonists began to change drastically. In the last two decades, the visual representation of women has changed dramatically."

"Whereas a typical westernised women was considered a vamp a few decades ago, associated with vice and venom, today films show women in western designer clothes. This is part of India's globalisation," he said, delivering the inaugural address at the 20th Kolkata International Film Festival here.

Rather than any implied judgement on morality, the clothes indicate the affluent lifestyle of the new middle class on which these films focus, he said.

Asserting that the girls now were far more conscious of their rights, liberated and educated, Mr Bachchan said, "This is now strongly reflected in Indian cinema. Films recently released have redefined the Indian women."

Referring to films like Chandni Bar and Page 3 to buttress his point, he said, "These characters have had many, many shades that have moved away from the pre-set stereotypes of the wife, of the vamp or the sacrificing mother."

Big B's thought-provoking speech traced the projection of women from the initial days of Indian cinema to the contemporary period.

He said in terms of remuneration, status and roles, the leading ladies of the early era like Devika Rani, Zubeida Mehta and Sobhana Samarth were on par with their male counterparts.

"They paved the way for several women in our films, and through the years, a number of fresh stars have brought about a sea change in attitudes. They made it possible to essay innovative women roles in Indian films, especially mainstream cinema," he said as the audience - that included his wife Jaya, son Abhishek and son-in-law Aisharya Rai - listened to him in rapt attention.

Paying tributes to filmmakers like Bimal Roy, Mehbood Khan and Hrishikesh Mukherjee for churning out memorable heroine oriented movies, he refered to another creator Shyam Benegal for "reflecting the change in women's roles in society and giving us flesh and blood female protagonists who have stood their ground to several vagaries of time".

He said women in Mr Ray's films defied any kind of stereotypes.

"While conventional narrative films were complicit in portraying women as subordinates, the creative imagination of Ray always presented positive, dynamic and alternative representations of the fairer sex. His films had several female characters of great sensitivity and substance."

Big B, once regarded as the "angry young man of Indian movies" for the rebellious roles he depicted on screen, regretted that though we live in a world overflowing with information, there was a growing scarcity of wisdom."

Promoted
Listen to the latest songs, only on JioSaavn.com
"In order to seem informed we form our so-called opinions hastily based on fragmentary bits of evidence and superficial impressions, rather than true understanding."

Underscoring the importance of the storyteller in such a scenario, he said, "A great film - through symbols, metaphor and associations - helps us interpret information, integrated with our existing knowledge and transmit that into wisdom."