Amitabh Bachchan dug up an adorable memory from his son Abhishek's childhood. 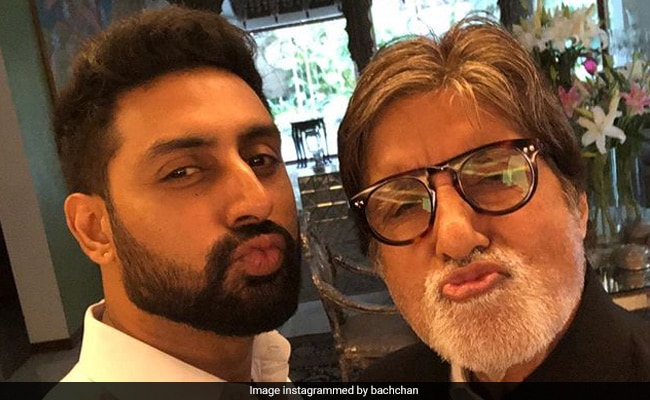 Amitabh Bachchan on Friday took a trip down memory lane and shared a picture of a hand-written letter his then young son Abhishek wrote to him while the actor was on a long outdoor shoot. On Twitter, Amitabh Bachchan shared a picture of the letter and wrote, "Abhishek in his glory... A letter to me when I was away on a long outdoor schedule." Big B did not reveal Abhishek's age when he wrote the letter, which read: "Darling Papa, how are you? We are all well. I miss you very much... Papa, you will be home soon. I am praying for your smile. Papa God is hearing our prayers. Do not worry."

T 3549 - Abhishek in his glory .. a letter to me when I was away on a long outdoor schedule ..
pic.twitter.com/Tatw1VU1oj

Abhishek is also busy these days with the filming of The Big Bull and web-series Breathe season 2.