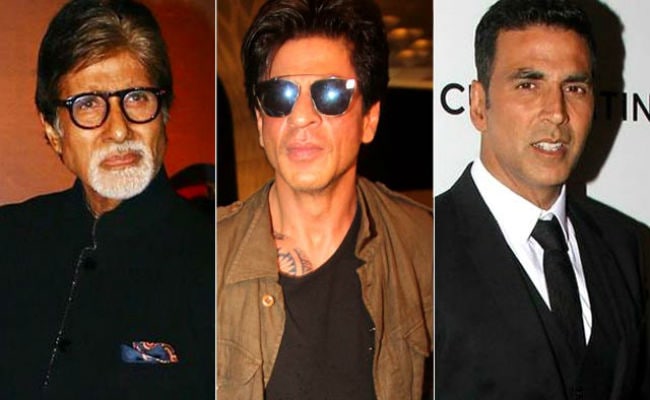 Big B and others congratulated Hima Das for her big win.

Hima Das, who created history by winning gold in the women's 400 metre final race at IAAF World Under-20 Athletics Championships, has been trending for her big win. Apart from her historic victory, the athlete has managed to garner appreciation from the who's who of Bollywood for becoming the first Indian woman to win gold at World Junior Athletics. Amitabh Bachchan and Shah Rukh Khan were among the first Bollywood celebrities to congratulate Hima and what followed suit was a chain of heartfelt messages and wishes from other stars including Akshay Kumar and Anushka Sharma among others. Mr Bachchan, who has quite a bit of a reputation as a sports enthusiast and is often seen sharing tweets pertaining to the ongoing FIFA World Cup, also congratulated the 18-year-old athlete, saying that Hima has "given us reason to hold up our heads high." Take a look at Mr Bachchan's full post here:

T 2865 - CONGRATULATIONS .. #HimaDas , the first Indian Women to win a GOLD in World Athletic track event EVER ! INDIA is proud of you .. you have given us reason to hold up our heads HIGH ! JAI HIND !! pic.twitter.com/Q0YVCx6FSf

Shah Rukh wrote: "Woke up and felt a genuine wave of pride, love and inspiration. What an amazing athlete you are...Hima Das Kya Baat hai!" Anushka Sharma congratulated Hima saying that it's a "huge achievement" and that she is she is a source of inspiration for other athletes." 18-year-old Hima Das, a pre-tournament favourite, clocked 51.46s to win India's first-ever world-level track gold medal.
Take a look at the posts here:

Woke up and felt a genuine wave of Pride Love & inspiration. What an amazing athlete you are...#HimaDas Kya Baat hai! pic.twitter.com/gcDnyXxwRj

#HimaDas, congratulations on creating history by winning India its first ever track gold at the World U20 Championships. You are an inspiration to every aspiring athlete out there. It's a HUGE achievement and you have made us all proud

Akshay Kumar, who will soon be seen in the sports biopic Gold, also congratulated the athlete and tweeted: "Historic! Congratulations Hima Das for winning India's first Gold at a global track event in Under - 20 World Athletics. Nicely done."

Farhan Akhtar made an interesting observation here. In his post, Farhan mentioned that Hima's victory coincides with the fifth year anniversary of Bhaag Milkha Bhaag, in which he played the titular role, and mentioned that it was Milkha Singh's dream to see India win gold in track and field.

It's amazing that it coincides with the 5 year anniversary of Bhaag Milkha Bhaag & Milkha-ji's biggest dream was to witness an Indian athlete win Gold in track & field.

Yet another brilliant performance from India's daughter..Kudos to India's Hima Das who made history by becoming our first track athlete to become a world champion at any level after winning the women's 400m at the U-20 World Championships in Tampere, Finland on Thursday#HimaDas

Congratulations, #HimaDas!! You've made history in 51.46 seconds... The whole nation applauds your performance at the U20 World Athletics Championships! An extremely proud moment for all of us...

Congratulations #HimaDas for this stupendous feat. The toughest race 400 meters. The first Indian athlete to win a title in any track event. Huge day for Indian athletics. #girlpower#proud#history

Though Hima Das hasn't responded to the celebrities' congratulatory messages as of now but she did thank her fans after the race and told NDTV, "I am very happy to win the gold in the World Junior championship. I want to thank all my Indian fans." It was encouraging to see this kind of response and it will be interesting to see Hima's response to these wishes.