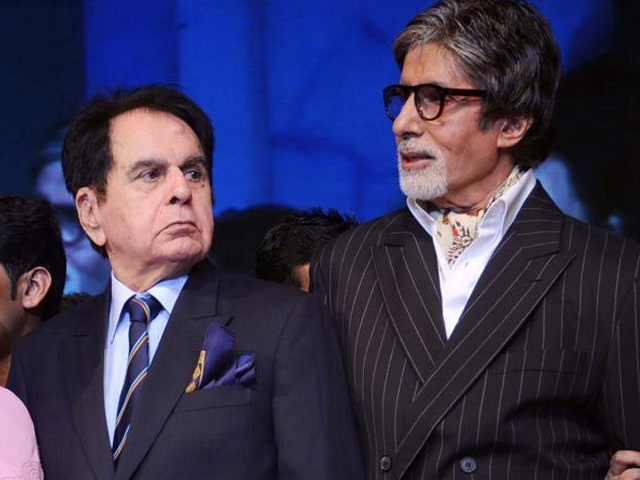 A file photo of Dilip Kumar and Amitabh Bachchan.

Mumbai: Actor Amitabh Bachchan informed that legendary actor Dilip Kumar, who is in the hospital for respiratory problems, is fine now.

Big B said that he had a word with the 93-year-old actor's wife Saira Banu about his health.

Saira ji informs me that he is doing fine , by the grace of the Almighty .. prayers for a speedy recovery .. https://t.co/OWWHYBPZ1b

Dilip Kumar was admitted to the hospital late on Friday, and his wife Saira Banu had announced on Saturday that his condition is stable and he is recovering well.

Dilip Kumar's many awards include the Padma Vibhushan, which he received in 2015. He was honoured with the Padma Bhushan in 1991 and the Dadasaheb Phalke Award in 1994. He was the first winner of the Filmfare Best Actor award - for 1956's Azaad - and shares the record for the most wins - eight - with Shah Rukh Khan. Dilip saab also received the Filmfare Lifetime Achievement award in 1993.(Also Read: Dilip Kumar 'Stable, But Not Out of Danger,' Says His Doctor)