Why Amitabh Bachchan Feels Like Gary Sobers After Eye Surgery 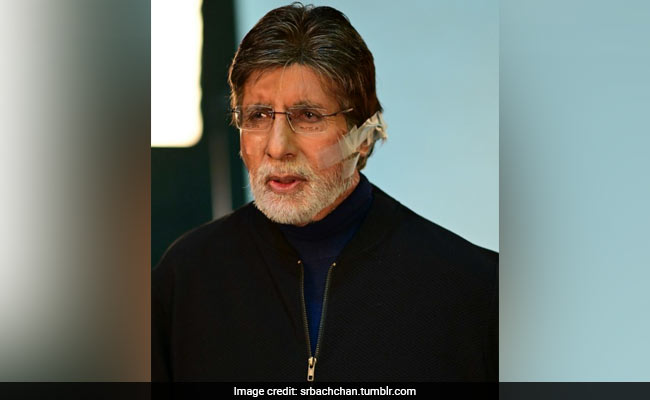 After a cryptic blog entry over the weekend, Amitabh Bachchan revealed today that he received eye surgery and that he is slowly recovering. The 78-year-old star will also get surgery on the other eye - Big B wrote in a new blog post that his days are passing slowly because he cannot read, write or see at the moment. It's not clear who is writing the blog posts for him but he also asked for any typos to be excused. On Saturday, Amitabh Bachchan triggered worried fans after a telegraphic entry on his blog in which he wrote: "Medical condition... surgery... can't write."

In his fresh and lengthy post, Amitabh Bachchan thanked his fans for their concern and wrote, "Eye surgeries at this age are delicate and need precision handling. The best is being done and one hopes all shall be well. The sight and the recovery is slow and difficult so if there are typing errors they are to be excused."

Big B did not reveal the nature of surgery he went through but explained why he feels like West Indies cricketing great Gary Sobers right now: "At a cricket match with a strong opponent WI was not in a very good position and looked to lose the game. Gary Sobers sitting in the dressing room and seeing the eventual, opened up his bottle of rum and had a few. When his turn to bat came he went out and scored his fastest hundred. When asked how did he do it, he said when I went out I was seeing three balls, I was hitting the middle one! My eye condition is somewhat similar, I am seeing three letters for each word and hitting the middle button."

In his post, Amitabh Bachchan also wrote that the pictures of himself shared over the weekend were from the look test for a new film titled Goodbye, directed by Vikas Bahl.

Amitabh Bachchan, who recovered from COVID-19 last year, is also busy with Ajay Devgn's Mayday. His upcoming films include Brahmastra, Chehre and Jhund.