Big B, in a delightful surprise, also shared a selfie in his signature style - an extreme close-up shot, which is his first selfie since he returned home from the hospital 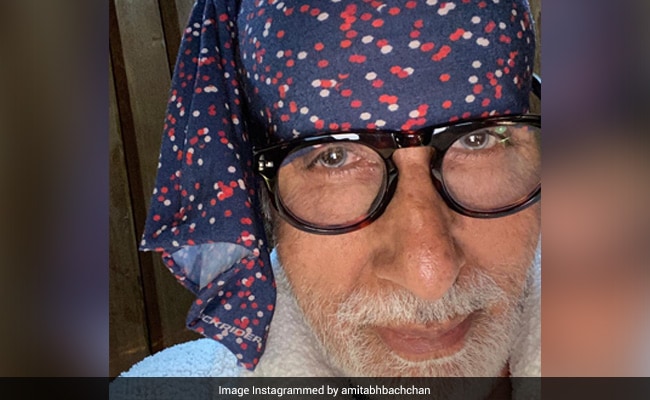 Amitabh Bachchan's late night musings on Instagram always make for interesting reads. After the clock struck midnight on Saturday, the 77-year-old actor shared a thought on Instagram, attributing it to his EF or extended family (his fans on social media platforms): "Bahut kam log jante hai ki woh bahut kam jaante hai (Very few people know that they know very little)." Hmm... that's our food for thought for today. Big B, in a delightful surprise, also shared a selfie in his signature style - an extreme close-up shot, which is his first selfie since he was admitted to the hospital for COVID-19 and eventually returned home after testing negative. Big B, at 77, rocked a bandana in style.

Mr Bachchan is at the top of his selfie game. Here are some of the times he showed us how to click one perfectly and look cool too:

Amitabh Bachchan, who always documents significant day-to-day events on his official blog on Tumblr, had decided to call out social media trolls, one post at a time. Big B revealed when he was in the hospital, he received messages from haters, saying "die of COVID". He responded to those with a threat and a cuss phrase in Hindi, which he later repeated for another troll, who accused him of "advertising" for Nanavati Hospital. "T**k do express chugs along," he wrote and added "the times of 't**k do' seem to have born fruit."