Move over millennials, Amitabh Bachchan's abbreviations game is stronger than yours 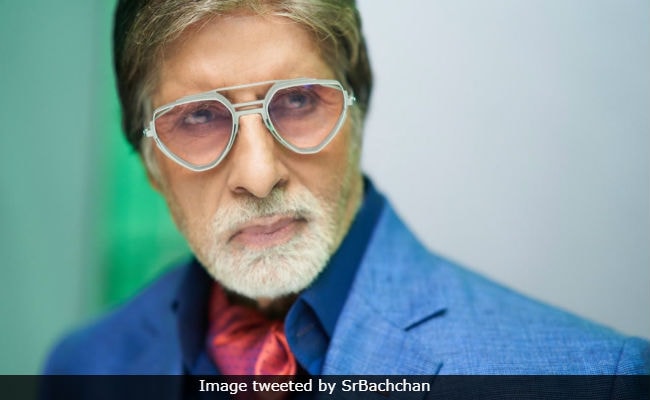 Anyone who has been following Amitabh Bachchan on social media would be aware of the fact that millennials and their lingo are some of the frequently discussed topics on his profile, especially Twitter. On Wednesday, the 77-year-old actor shared a new tweet, in which he talked about the common abbreviations used by millennials like LOL, ROFL etc. The actor also revealed in his tweet that he came up with the abbreviation K3G as in Kabhi Khushi Kabhie Gham.... Big B, who will next be seen in Gulabo Sitabo, co-starring Ayushmann Khurrana, gave an abbreviation to his forthcoming film and he tweeted: "New gen/next gen use abbreviation, converse... LOL, ROTL, GOAT etc. I had devised K3G .. for Kabhi Khushi Kabhie Gham and it stuck. Next in line Gulabo Sitabo. So, GiBoSiBo, GiBoSiBo Cool na ..? CAC ! Cool as cat."

Big B's Gulabo Sitabo co-star Ayushmann Khurrana responded to the actor's post and tweeted: "SIANACAYBGSSDC Nerd face. (Sir, I am not as creative as you but GiBoSiBo sounds damn cool!)"

SIANACAYBGSSDC
(Sir, I am not as creative as you but GiBoSiBo sounds damn cool!)

Amitabh Bachchan always finds new ways of engaging his fans on social media. Sometimes he shares puzzles, other times, he discusses fashion. However, all the posts have one thing in common - they are a sheer delight. How can we forget his hilarious "chashme ka fashion" post? Check out some of the posts here:

T 3450 - The creative master on lens and lights embellishes my imagery .. and as ever my gratitude .. the first yes on camera lens .. the second on the eye lens ..
whoever invented frames as fashion !!??? pic.twitter.com/lnt2LeB8fL