Only Amitabh Bachchan can do this 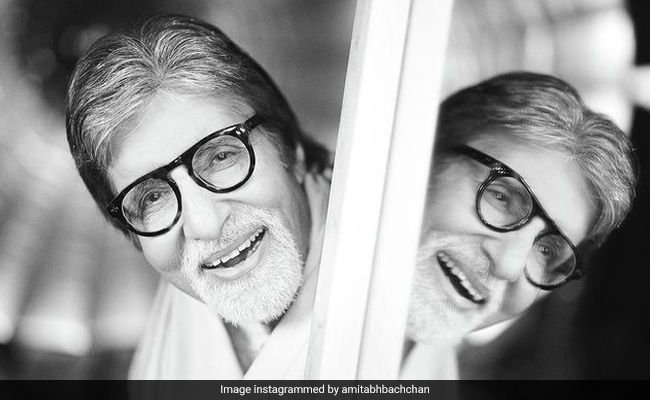 There's absolutely no denying the fact that Amitabh Bachchan's social media is generally a delight. At 78, Big B is still game - not only is he one of the hardest working actors around (his previous Instagram post is proof), he's also a true blue millennial at heart. The actor usually struggles with Internet terminology, millennial lingo, proper picture alignments (read cropping of heads) or just casual slang. This time, however, he invented a new word. Longer than the 34-letter word 'Supercalifragilisticexpialidocious.' Here's what happened, the veteran actor shared a photograph clicked by Avi Gowariker. Thanking the photographer, Big B wrote: "Avi Gowariker and his trade mark post pack up shot... How do you do this Avi? Thank you... Love." Now, about the word Big B used to thank Avi Gowariker, he wrote: "He immaculatedpassiontrendinghairglassescostumecreativityinsistencerapidfirewoburnspeakers." Phew!

The space taken up the word 'immaculatedpassiontrendinghairglassescostumecreativityinsistencerapidfirewoburnspeakers' speaks for itself. It is definitely way longer than the Sherman Brothers' song 'Supercalifragilisticexpialidocious,' used by Mary Poppins to describe the plethora of emotions she experienced post the horse race victory in the 1964 musical of the eponymous name.

On Tuesday, Big B summed up what happens when one has a jam-packed schedule. He posted a picture of himself yawning and wrote: "Happens... When you work round the clock."

In terms of work, Amitabh Bachchan recently wrapped the schedule of Goodbye, co-starring Rashmika Mandanna and Pavail Gulati. He has several film releases lined-up this year, which include Ayan Mukerji's Brahmastra, co-starring Alia Bhatt and Ranbir Kapoor, and Chehre, alongside Emraan Hashmi. He will also be seen in the sports drama Jhund. The actor recently signed the Hindi remake of the Hollywood film The Intern, in which he will co-star with Deepika Padukone. Earlier, late actor Rishi Kapoor was meant to star in it. The original film features Robert De Niro and Anne Hathaway.

A "Historic Pic" From Sonu Sood's First Portfolio. Apparently, It Got Him Happy New Year