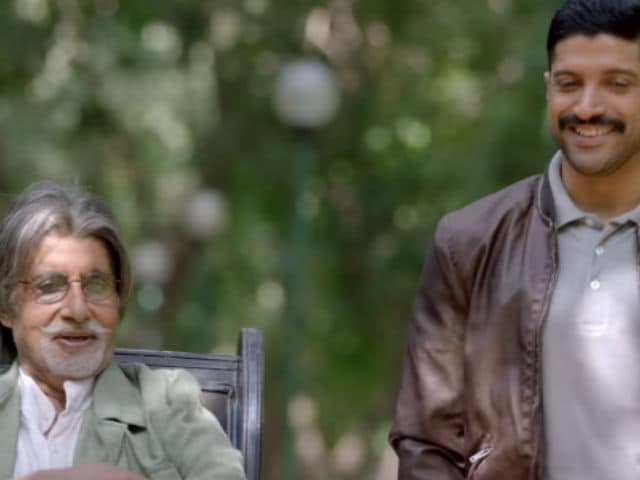 A still from Wazir.

Mumbai: Actor Farhan Akhtar said that he had a great time working with Amitabh Bachchan in their upcoming film Wazir.

"I am happy that I could spend time with Mr Bachchan while filming Wazir. We are his fans and have grown up watching his films. We spoke about how he worked with Salim Khan saab and my father (Javed Akhtar). Also, we had long conversations about Deewaar. He is very witty and funny," said Farhan.

"I had a mammoth task as my character had to intimidate Mr Bachchan's character. I said, 'How can you intimidate someone whose name itself intimidates you?' But then I thought that my career would be incomplete if I don't work with Mr Bachchan, Vidhu sir and the entire team," said Neil.

Wazir writer Abhijat Joshi, who has also worked on films like PK and 3 Idiots, said that writers are not getting their credit in the industry.

"I think writers have a lot to do. There is a competence issue as well. You just can't say that I deserve to be famous. You need to deliver for a long time. The problem exists. But the only solution is to go on doing great work. If you do it consistently, then people have to notice and give importance," said Abhijat.