Here's what Amitabh Bachchan's fans suggested after he revealed that he failed to understand Avengers: Infinity War 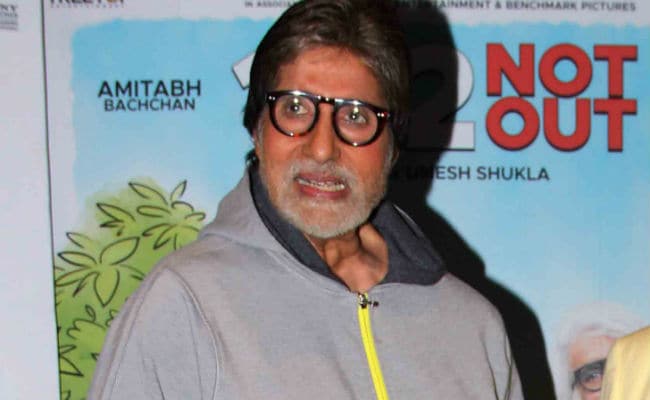 Amitabh Bachchan at an event in Mumbai

New Delhi: It wouldn't be wrong to call Avengers: Infinity War one of the most awaited releases of the year, given the fact that the movie managed to earn over 200 crores in India alone. However, there are many people who didn't really understand the movie and Amitabh Bachchan also comes in the same category. Mr Bachchan watched the movie recently (almost a month after it released) and didn't quite understand it. He tweeted on Saturday: "Accha, Bhaisahab, Bura na manna, ek picture dekhne gaye, Avengers: Infinity War. Kuch samajh me nahi aya ki picture me ho kya raha hai." The tweet received a mixed response from Twitter. While some fans were more than happy to help the 75-year-old actor, avid Marvel Cinematic Universe fans were not very pleased with the actor's tweet and trolled him.

This is what Mr Bachchan tweeted.

And here are the tweets from fans

Here's another word of advice from a fan.

So cuteee. Maybe you would want to watch the avengers prequel and few of other marvel movies to understand this part?https://t.co/dGJrUhkkzA

Some fans even agreed with the actor.

Indians need to read comic books because Marvel and DC movies are based on it. You needs to see previous marvel super heroes & avengers movies to get a grip on this movies. Have a movie marathon.

Amitabh Bachchan recently seen in 102 Not Out, wherein he played a 102-year-old father to a 75- year-old man (played by Rishi Kapoor). The movie managed to earn over 20 crores within five days of its release. At a recent event, Mr. Bachchan said, "Madam (Jaya Bachchan) said to me that the timing of the film is really nice. There are big sci-fi Hollywood projects releasing like Avengers: Infinity War and suddenly here is our small film, which will make a place in people's heart. She was right," reported news agency IANS.

Promoted
Listen to the latest songs, only on JioSaavn.com
The Sarkar actor will be seen in Thugs of Hindostan co-staring Aamir Khan, followed by Ayaan Mukherjee's Brahmastra, which will also feature Alia Bhatt and Ranbir Kapoor.