Amitabh Bachchan, 74, Is Playing A 102-Year-Old. See Pics Of Him Filming

On Monday, a white haired and bearded Amitabh Bachchan was photographed amidst a bevy of cameras. Bespectacled, Mr Bachchan was dressed in a polo-neck tee and pants 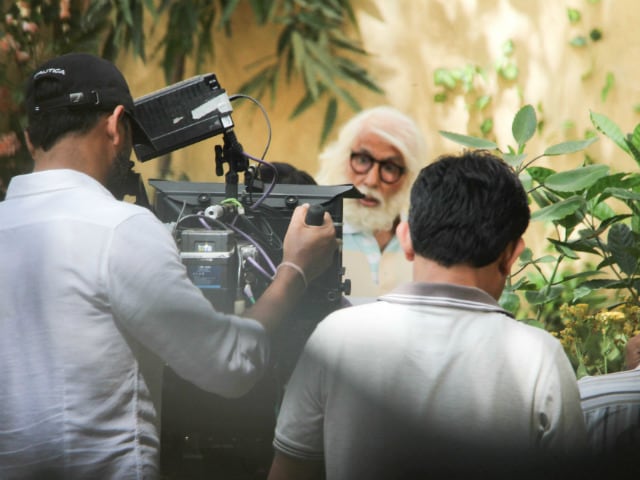 New Delhi: Amitabh Bachchan will have an onscreen reunion with Rishi Kapoor in an upcoming film, titled 102 Not Out. That's great news yes, but what's even more interesting is that the film casts Big B as a 102-year-old father while Mr Kapoor will feature as his 75-year-old son. The Bollywood veterans have already started shooting for the film and are being spotted on the streets of Mumbai dressed like their respective characters. On Monday, a white haired and bearded Big B was photographed amidst a bevy of cameras. Bespectacled, Mr Bachchan was dressed in a polo-neck tee and pants. However, Rishi Kapoor was not spotted with Big B yesterday. 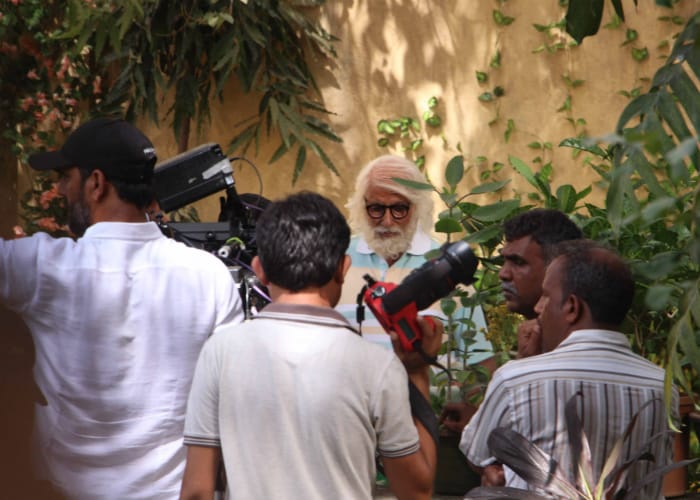 Amitabh Bachchan on the sets of 102 Not Out

Mr Bachchan and his Amar Akbar Anthony co-star shot together on Saturday. The 64-year-old actor was photographed in a shirt and white pyajamas, carrying all his essentials on the go - a pen in his pocket and a mobile phone worn around his neck in a string. Big B appeared to be the one dressed more trendily, sporting long hair and black sunglasses. The first look of Amitabh Bachchan and Rishi Kapoor appeared to be released earlier this month, when Big B tweeted to say that the viral photo was a leaked one.

This is the picture Big B referred to:

Mr Bachchan's character is reportedly named Dattaraya Vakharia while Mr Kapoor's is called Babu. Heavy prosthetics is being used for Mr Bachchan's look as a 102-year-old in 102 Not Out and Big B requires two hours every day to get his look right.

Promoted
Listen to the latest songs, only on JioSaavn.com
Amitabh Bachchan and Rishi Kapoor have co-starred in films like Kabhie Kabhie and Naseeb. They were last seen together in Ajooba and will reunite on screen after 26 years.

102 Not Out will be directed by Umesh Shukla.