Nothing To See Here, Just Jasmin Bhasin And Aly Goni Being Adorable On Instagram 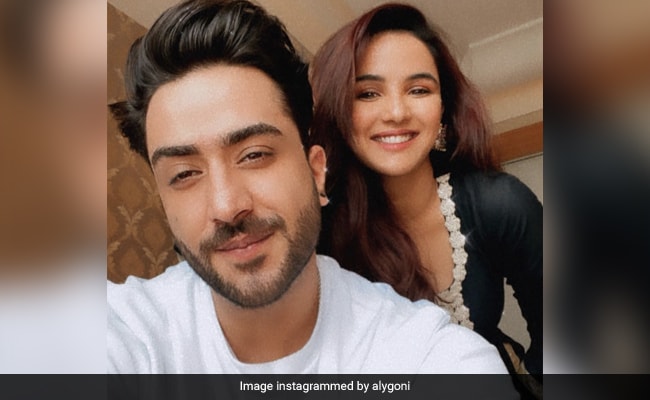 Actor Aly Goni and actress Jasmin Bhasin were seen indulging in some cute banter on social media. On Wednesday, Aly shared an adorable selfie of them together on Instagram. “Hi, beautiful,” Aly said about his girlfriend in the caption. Jasmin was seen looking absolutely stunning in a black ethnic outfit and matching jewellery. Aly was his dapper self in a white T-shirt. Jasmin replied saying, “Hello.” Music composer Vishal Mishra wrote, “Favourite people.” Bigg Boss 14 winner and the couple's close friend, actress Rubina Dilaik chipped in to say, “Hope you both have recovered and are healing well.”

Jasmin is a regular fixture on her beau's page. The duo often shares their romantic moments with fans through pictures and videos on Instagram Reels. Earlier, Aly shared a clip where he is seen capturing Jasmin combing her hair. He added B Praak's song, Baarish Ki Jaaye in the backdrop.

The Bigg Boss 14 housemates, who have been dating each other for quite some time now, are extremely transparent about their highs and lows with their fans. A while ago, Jasmin Bhasin revealed that she had experienced suicidal thoughts in the past. The 26-year-old was quoted as saying, “I went through that zone long ago in my life, when I had come to Mumbai and I was struggling,” adding that she was losing confidence in herself.

“I thought, I was flawed, my skin has flaws, I don't look good and that's why I faced rejections every day,” Jasmin said, and added that accepting her flaws was the first step towards dealing with this dark phase.

Jasmin and Aly recently appeared together in the music video, Tu Bhi Sataya Jayega. The video has garnered over 40 million views since its release.