"All These Reports Are False": Tahira Kashyap Denies Rumours Of Anita Kashyap Starring In Ramayan

"She was an educationist and has no connection with this show, whatsoever," wrote Tahira 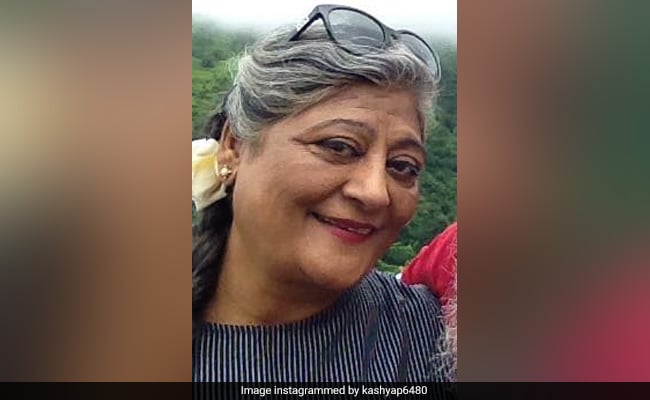 Tahira Kashyap, on Saturday, cleared the air on the rumours of her mother Anita Kashyap starring in Ramanand Sagar's show Ramayan. With the coronavirus lockdown, Doordarshan brought back its 1987 series Ramayan to the Television. With the show being aired for the second time, a rumour surfaced on the Internet that Ayushmann Khurrana's mother-in-law and Tahira Kashyap's mother Anita Kashyap had played the role of Trijata in the series. On Saturday, Tahira shared a tweet denying the report. She said, "There's no truth to these reports of my mother, Mrs Anita Kashyap starring in the Ramayan show. All these reports are false." She also added that her mother was an educationist and she had no connection with Ramanand Sagar's show. "She was an educationist and has no connection with this show, whatsoever," Tahira added.

There's no truth to these reports of my mother, Mrs Anita Kashyap starring in the Ramayan show. All these reports are false. She was an educationist and has no connection with this show, whatsoever."

On Saturday, several media publications reported with a picture of Trijata from Ramayan and stated that the character was played by Anita Kashyap. Tahira also shared the statement on her Instagram profile and busted the rumours.

A scene from Ramayan was doing the rounds on social media, where the character Trijata can be seen offering help to the character Sita played by Dipika Chikhlia.

On public demand, Doordarshan has brought back Mahabharat, Byomkesh Bakshi and Circus among other shows. Because of the re-telecast of its iconic shows, Doordarshan recently topped the TRP charts after decades.