On Friday's trends list, Samantha and Naga Chaitanya are giving tough competition to Rajinikanth and 2.0 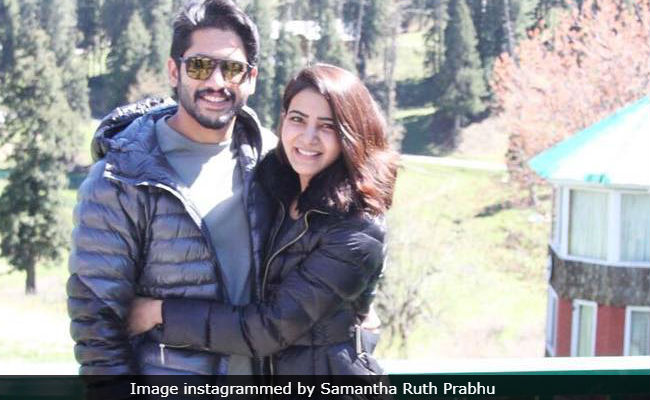 Names of Telugu star couple Samantha Ruth Prabhu and Naga Chaitanya were spotted on the top of Friday's trends list giving a tough fight to Rajinikanth's 2.0, the teaser of which released today and instantly went viral. The actor couple have entered a box office war today, which is the first reason for their dominance on the trends list. Samanatha headlines the cast of Pawan Kumar-directed U Turn while Naga Chaitanya features in Shailaja Reddy Alludu, co-starring Ramya Krishnan (Baahubali's Sivagami) and Anu Emmanuel. After their wedding, Samantha has featured in six superhit films including Raju Gari Gadhi 2, co-starring her father-in-law Akkineni Nagarjuna. In fact, Samatha will get two bites of the box office apple - Seema Raja releases in two days. On the other hand, Shailaja Reddy Alludu will be Naga Chaitanya's first film after their wedding. Earlier, Naga Chaitanya featured in a cameo role in Mahanti featuring Samantha in a pivotal role.

Both actors have promoted their films well and soon the box office results will prove who won this round.

But the couple will soon put their box office war behind to start filming their next film together, which is the second reason why Samantha and Naga Chaitanya are trending today. During a recent event for the promotion of U Turn, Samantha said: "Our new film will go on floors on October 6, which is our wedding anniversary. I consider this as my first-anniversary gift," reported India Today.

In March, Naga Chaitanya announced that they'll co-star in a Telugu film, which will be produced by directed by Shiva Nirvana.

Happy to announce my next directed by shiva produced by @Shine_Screens and will be sharing screen space (if she gives me any ;-) )with my better half @Samanthaprabhu2 ..feels good to be back to being able to take you through another journey of love pic.twitter.com/EePspkMlPQ