All That Breathes Isn't A Pamphleteering Film: Shaunak Sen

"The making of the film was the biggest reward. Everything else is confetti on top," said Shaunak Sen 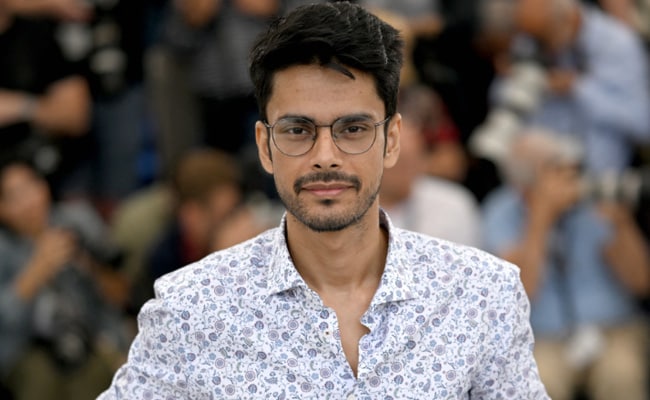 Shaunak Sen has had little time to bask in the triumph that All That Breathes registered at the just-concluded 75th Cannes Film Festival. The Delhi-based filmmaker has flown to the Docaviv International Documentary Film Festival in Tel Aviv with his Cannes Oeil d'Or and Sundance World Cinema Grand Jury Prize winner, angling for another award. Sen's 94-minute documentary, which was in the works for three years before it surfaced in Sundance and earned instant applause, is one of the 12 films in Docaviv's International Competition lineup.

"I will be on the road with All That Breathes for a while," says Sen on the phone from Tel Aviv. A series of festivals lie ahead for the all-conquering film. "Of course, the making of the film was the biggest reward. Everything else is confetti on top. But I guess these things are also a part of the process." Owing to the busy schedule that he had in Cannes, Sen wasn't able to watch the documentaries that he beat to the Oeil d'Or (Golden Eye) Award.

All That Breathes competed against Chilean documentarian Patricio Guzman's My Imaginary Country, Sergei Loznitsa's The Natural History of DestructionM and Ethan Coen's Jerry Lee Lewis: Trouble in Mind, among other films that screened across the different sections in Cannes.

One of the Golden Eye contenders that Sen managed to catch was Brett Morgen's lively non-traditional David Bowie documentary Moonage Daydream. "I loved the film," he says.

Trying to put a finger on the reason why the jury chaired by veteran Polish filmmaker Agnieszka Holland adjudged All That Breathes the best, Sen says: "My guess is that Cannes celebrates the cinematic object." The festival probably looks for an artistic phenomenon rather than a straightforward documentary, he elaborates.

All That Breathes, which has been acquired by HBO for a worldwide rollout, homes in two Delhi brothers, Nadeem and Saud, who run a bird hospital for injured black kites that drop from the city's smog-smothered sky.

Working in a severely polluted environment and amid mounting social unrest, the siblings, assisted by a younger cousin, double down to their task with single-minded devotion.

Sen uses a steadfastly observational approach that is at once deeply engaged and dispassionately detached to follow the brothers as they go about their job.

Where and how did Sen find Nadeem and Saud? He points out that he formulated the idea behind the film well before he chose the human subjects for All That Breathes.

That is the approach he prefers. "I get interested in a concept, a mood or a texture before I look for people who can embody them," he explains.

In this case, he says, he started with "a general interest in the texture of greyness and the concept of the human-animal, more specifically human-birds, relationship".

"Initially I was interested in working on an abstract, lyrical piece on the city's environment," adds Sen. His first documentary feature, 2015's Cities of Sleep, probed Delhi's notorious "sleep mafia" in what was a cinematic study of the homeless looking for safe spaces to sleep at night."Cities of Sleep explored the city's horizontal axis. I now wanted to explore its vertical axis," he says. It was an image of a bird falling off a grey, monotone sky that triggered "All That Breathes". "The first set of people that I met were the two brothers," says Sen.

The film emerged from three years of recording the work that the siblings did in a modest, cramped basement. "The moment you step into Planet Basement (where the brothers nurse injured black kites and other birds back to health), you are struck by the surreal and absurd nature of the claustrophobic space and all that is going on in there," says Sen about Nadeem and Saud's near-Sisyphean enterprise.

From their tiny room, they look out at the sky, an act that signifies their attempt to comprehend and absorb the larger reality of the world around them.

So, is All That Breathes a political film? Sen insists that the film is more about ecology and the stuff of philosophy rather than about politics.

"The last two years have been fairly chaotic in Delhi," he says, "but the film is not meant to be a snapshot of political turmoil," says Sen. "Of course, when you focus on the characters, the outside world inevitably leaks in." "Not that the two brothers are indifferent to what is going on but their focus is firmly on their chosen mission even as the real world hemorrhages into their space," says Sen.

All That Breathes is not meant to be a pamphleteering film. I was not going to crowbar anything extraneous into it. One had to respect the sovereignty and integrity of the people at the heart of the film," says Sen.