Sharing the old photo, Kareena Kapoor captioned it with red heart icons. Check it out here: 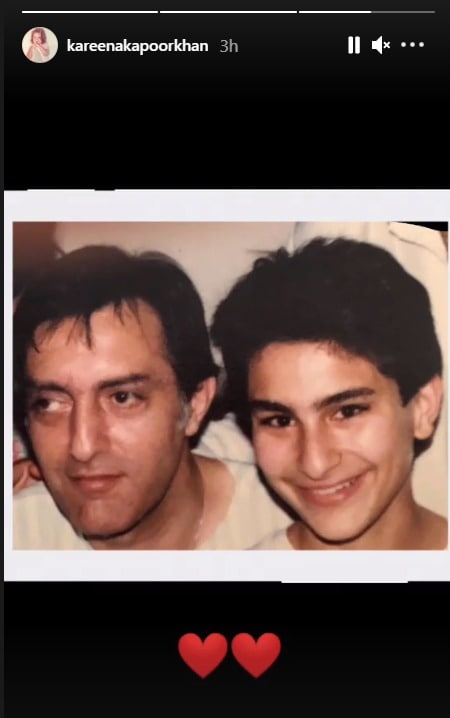 Kareena Kapoor's Instagram story reminded us of Saif Ali Khan and Soha's old picture from when they were quite young - in fact, Soha was a kid then. The photo was shared by Soha Ali Khan on Raksha Bandhan last year. "There's no denying you are the coolest brother I know. And there's no denying I don't know the first thing about being cool!" she captioned it.

Kareena Kapoor and Saif Ali Khan are expecting their second child. The couple, who had a royal wedding in 2012, welcomed their son Taimur in 2016.