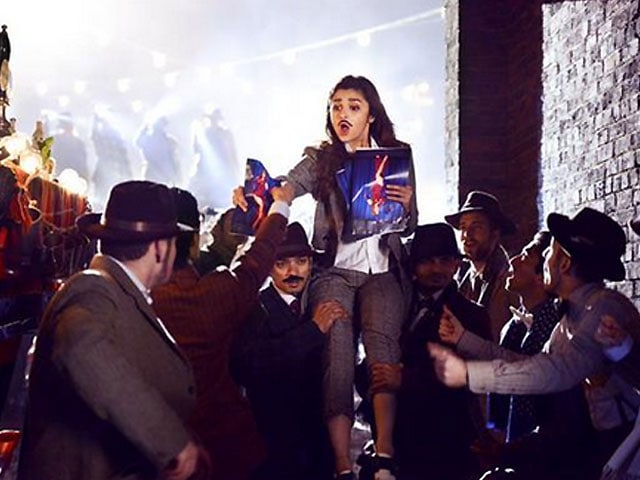 This image was posted on Twitter by Shahid Kapoor.

If you are wondering who Gulaabo is, then here's the answer - Shahid's half-sister Sanah Kapur, who is making her Bollywood debut.

Shot in a barn-like setting amidst clanking beer tankards and posters of animated femme fatale Jessica Rabbit (we're guessing it'll all make sense when the film releases), the dancers in Gulaabo are clad in suits, fedoras and pencil moustaches. Even the women - especially the women. The menswear that Alia is rocking threatens to steal the attention from Shahid's dance routine, usually the centrepiece of any song he's part of.

Gulaabo has quirky lyrics by Anvita Dutt , music by Amit Trivedi and vocals by Vishal Dadlani and Anusha Mani.

The film is scheduled to release on October 22.