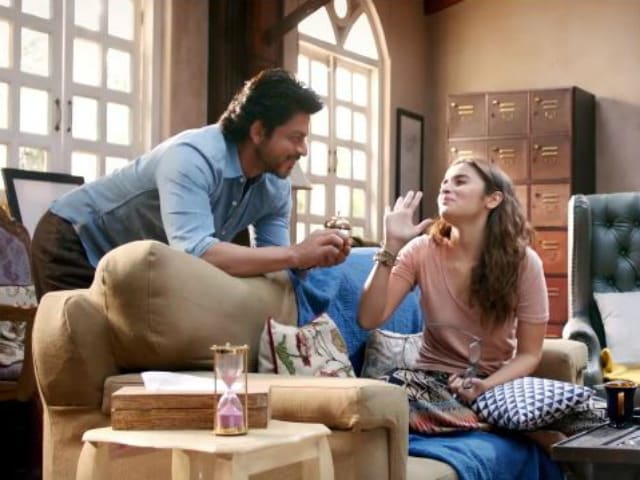 A still from Dear Zindagi.

Alia will soon be seen with SRK in Dear Zindagi.

Alia wished Shah Rukh, who turned 51 on Wednesday on Twitter. The 23-year-old also shared a photograph of herself and SRK from Dear Zindagi.

To the man who rules hearts...controls minds and has an enviable soul...happy birthday @iamsrk you made my cinema dream come true.. pic.twitter.com/3ypLrDiiQW

Dear Zindagi has been written and directed by Gauri Shinde, and co-produced by Karan Johar under his Dharma Productions banner.

This will be the first time that Shah Rukh and Alia, who is the daughter of filmmaker Mahesh Bhatt, will be seen sharing screen space together.

Promoted
Listen to the latest songs, only on JioSaavn.com
The two will be seen promoting their upcoming film on popular talk show Koffee with Karan season 5, which will be aired on Star World and Star World HD from November 6 onwards.