Alia Bhatt, Varun Dhawan, who were last seen in Badrinath Ki Dulhania, will star in Abhishek Varman's next film. This will be Alia and Varun's fourth film together 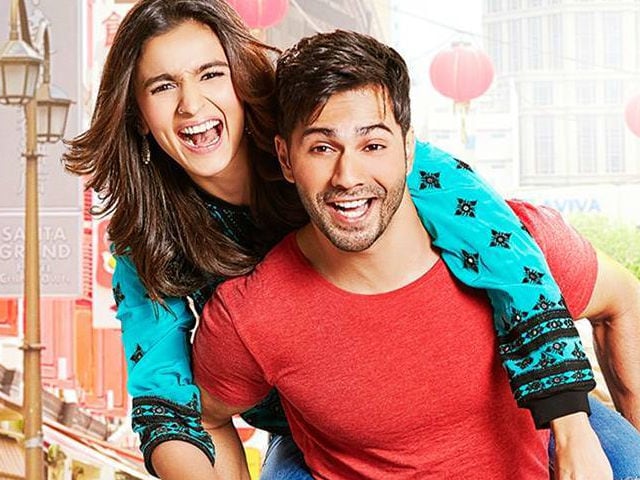 New Delhi: Alia Bhatt, Varun Dhawan, who were last seen in Badrinath Ki Dulhania, will star in Abhishek Varman's next film, reports Mumbai Mirror. The film, titled Shiddat, will go on floors by the end of next year. The script is still in a 'premature stage,' Mumbai Mirror quoted a source as saying. This will be Alia and Varun's fourth film together. The actors debuted together in 2012 with Karan Johar's Student Of The Year. The film also starred Alia's rumoured boyfriend Sidharth Malhotra. After their debut, Alia and Varun were paired together for the second time in Humpty Sharma Ki Dulhania, which released in 2014 and Badrinath Ki Dulhania, its sequel, hit the screens this year.

Abhishek Varman has earlier directed Alia in 2 States, opposite Arjun Kapoor. 2 States was one of the most successful films of 2014. The romantic drama earned over Rs 100 crore at the box office. This year, Alia's Badrinath Ki Dulhania also crossed reached 100-crore mark at the box office.

Promoted
Listen to the latest songs, only on JioSaavn.com
Either Aditya Roy Kapur or Arjun Kapoor will play the other male lead in Shiddat. However, the role hasn't been finalised as of yet, reports Mumbai Mirror.

Meanwhile, Varun Dhawan will be next seen in Judwaa 2 opposite Jacqueline Fernandez and Taapsee Pannu. The film is a sequel to Salman Khan's 1997 blockbuster Judwaa. The David Dhawan-directed film releases in September. Alia's upcoming projects are Zoya Akhtar's Gully Boy with Ranveer Singh, Ayan Mukerji's superhero film Dragon, opposite Ranbir Kapoor and she recently signed a film reportedly based on Harinder Sikka's book Calling Sehmat. The film will be directed by Meghna Gulzar and also stars Vicky Kaushal.