Alia Bhatt-Ranbir Kapoor Wedding Rumours: An Update On Their Outfits 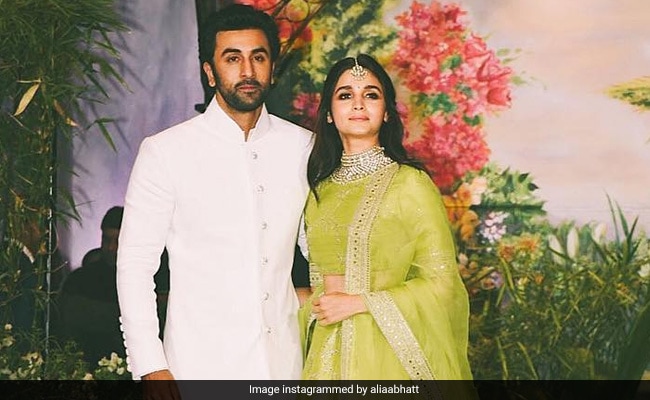 Not a day goes by without Alia Bhatt and Ranbir Kapoor trending for their wedding reports. The Brahmastra co-stars' wedding festivities will reportedly take place from April 13 to April 18. The latest addition to the long list of reports about the celeb couple are their wedding ensembles. A recent  India Today report stated that Alia Bhatt's bridal ensemble, much like other Bollywood A-listers will be designed by Sabyasachi Mukherjee, while Ranbir Kapoor will opt for an outfit by designer Manish Malhotra, who also happens to be a close friend of the Kapoor family. Sources told India Today that Alia too will be wearing Manish Malhotra ensembles for other wedding functions like sangeet and mehendi.

Alia Bhatt has been pictured wearing Sabyasachi several times. When Alia Bhatt and Ranbir Kapoor made their first public appearance at Sonam Kapoor and Anand Ahuja's wedding reception in Mumbai, she wore this green Sabyasachi lehenga.

Just Ranbir Kapoor "and some love" in Alia Bhatt's Diwali album. The outfit was also by Sabyasachi.

In the recent years, Sabyasachi has been Bollywood actresses first choice when it comes to wedding ensembles. Anushka Sharma, Katrina Kaif, Deepika Padukone, Priyanka Chopra, Vidya Balan and Patralekhaa - wore outfits by him.

Alia Bhatt and Ranbir Kapoor's love story began on the sets of Ayan Mukerji's Brahmastra, their first project together. The stars made their first public appearance together at Sonam Kapoor and Anand Ahuja's wedding reception in Mumbai in 2018. In an interview with NDTV, Alia Bhatt said, "In my head, I am married to Ranbir, in fact, I am married to Ranbir in my head for a long time."

During dad Rishi Kapoor's last film Sharmaji Namkeen promotions, Ranbir Kapoor told this to NDTV, "I won't give out a date during a media interaction. But Alia and I have all the intentions of getting married soon, so yes, hopefully soon."