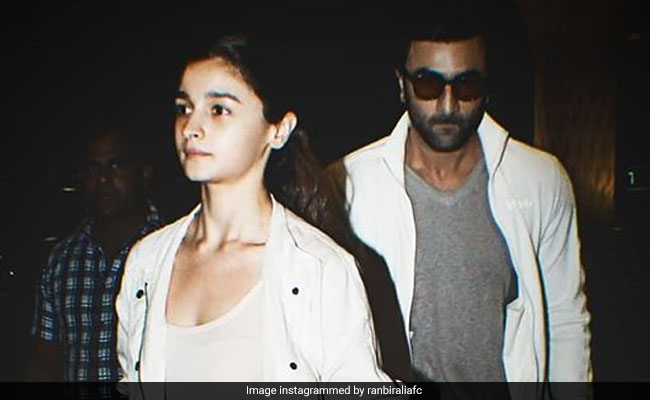 Alia Bhatt's birthday post for rumoured boyfriend Ranbir Kapoor is simple and sweet. The 26-year-old actress shared a picture of Ranbir, apparently taken during their recent African safari trip, which she captioned, "Happy birthday you." Alia's mother Soni Razdan and many Instagram users added their birthday messages for Ranbir in the comments thread. Alia Bhatt and Ranbir Kapoor have been dating for quite some time now and Ranbir frequently features on Alia's social media posts. They're also co-starring in the Brahmastra trilogy, the first part of which is expected to open in cinemas next year.

Meanwhile, Ranbir Kapoor hosted a party at his Bandra home on the eve of his birthday, for which he invited Alia Bhatt, Shah Rukh Khan and Gauri, Aamir Khan and Kiran Rao, Deepika Padukone and Ranveer Singh, Karan Johar and Zoya Akhtar among others. Ranbir's parents Rishi and Neetu Kapoor also dropped in. A picture reportedly from inside the party is also going viral, in which Alia and Ranbir pose with his mother Neetu Kapoor. Take a look:

On the work front, Ranbir Kapoor has Yash Raj Films' Shamshera and a film with Luv Ranjan, reportedly co-starring Deepika Padukone in the pipeline. Alia Bhatt also has several plum projects in her kitty. She is currently filming Sadak 2 with her father Mahesh Bhatt and later this year she'll start filming Karan Johar's Takht with an ensemble cast including Ranveer Singh, Vicky Kaushal, Kareena Kapoor, Anil Kapoor and Bhumi Pednekar.