Alia Bhatt And Ranveer Singh To Be First Guests On Koffee With Karan 7: Report 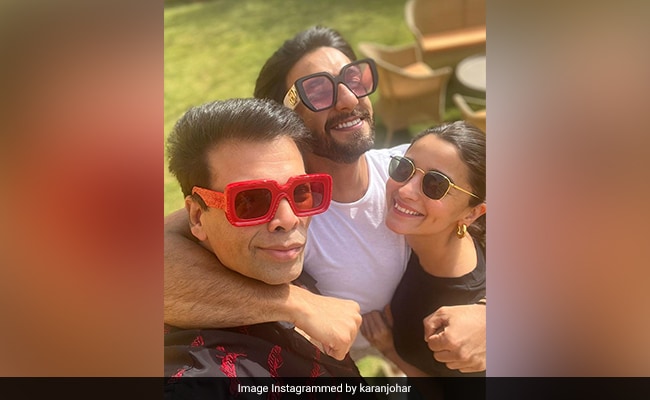 Karan Johar left his fans in a frenzy when he announced that Koffee With Karan would not be returning. However, after a few hours, he again dropped an important post revealing that it won't be returning as they will be airing the upcoming season of Koffee With Karan 7 on Hotstar+Disney. Well, he did pull a prank on the ardent Koffee With Karan fans, but it was worth it. Soon after the news broke out, people started speculating about the guest list. Now, as per a report in Pinkvilla, the first guests are none other than his upcoming film Rocky Aur Rani Ki Prem Kahani's lead pair - Ranveer Singh and Alia Bhatt.

As per Pinkvilla's report, the shooting for Koffee With Karan Season 7 will start next week. And Alia Bhatt and Ranveer Singh will be shooting for their episode around May 10, 2022, in the city.

Well, if this report turns out to be true, then it will be an interesting episode, as for the first time, Alia Bhatt might talk about her wedding with Ranbir Kapoor.

Meanwhile, announcing the new season of Koffee With Karan, the filmmaker shared a long note on his Instagram handle and captioned it as "EVEN MORE IMPORTANT ANNOUNCEMENT TO MAKE #HotstarSpecials #KoffeeWithKaran".

The note read, "Koffee With Karan will not be returning... on TV! Because every great story needs a good twist. I'm delighted to announce Season 7 of Koffee With Karan will stream exclusively on Disney+Hotstar. The biggest movie stars from across India will return to the couch to spill the beans while drinking some koffee. There will be games, there will be rumours put to rest - and there will be conversations that go deep, about love, loss and everything we've all been through over the last few years. Koffee With Karan, 'streaming soon', only on Disney+Hotstar. Toodles!"

On the work front, Karan Johar is all set to return as a director with Rocky Aur Rani Ki Prem Kahani. The film also stars Dharmendra, Jaya Bachchan and Shabana Azmi. The film is scheduled to hit the theatres next year on February 10.

Kapil Sharma Sang This Evergreen Track From Arth On His Show