Sharing the teaser of the song on social media, director Ayan Mukerji also shared a heartfelt note for his “closest and dearest people in this world” – Alia Bhatt and Ranbir Kapoor 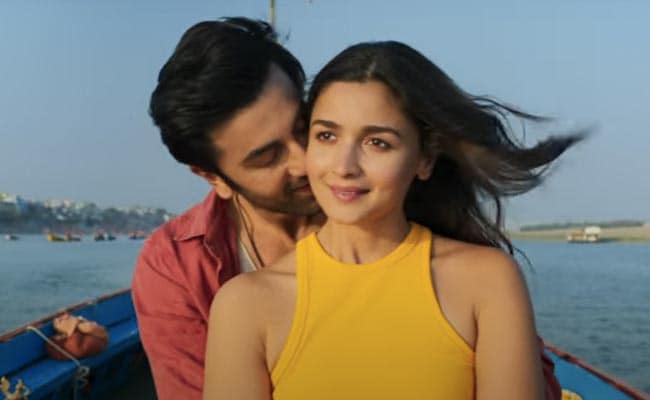 Ahead of Alia Bhatt and Ranbir Kapoor's wedding, the makers of Brahmastra shared “a piece of their union” from the film in the form of the song Kesariya. Director Ayan Mukerji shared a teaser of the song on Wednesday as a “gift” to the couple “as they enter an amazing new chapter of life.” The song, picturised on the ghats of Varanasi, features Alia and Ranbir in the narrow alleys of the historic city. Alia, dressed in a mustard top and a long skirt in the shades of yellow and white, looks very much in love as she runs, swirls, and makes memories with Ranbir on the banks of Ganga in Kesariya.

Towards the end of the teaser, Ranbir Kapoor and Alia Bhatt can also be seen performing pooja at the Kashi Vishwanath temple and looking at each other with much love and adoration.

With the teaser of the song Kesariya, Ayan Mukerji also shared a heartfelt note for his “closest and dearest people in this world”. He wrote, “For Ranbir and For Alia! And… For this sacred journey they are going to embark on soon! Ranbir and Alia… my closest and dearest people in this world… my happy place, and my safe place… who have added everything to my life… and given themselves completely and selflessly to our movie.”

He added: “We just had to share a piece of their union, from our movie, from our song Kesariya, to celebrate them… as a gift to them, and to everyone! Wishing that the best of energies and all the blessings, all the joy and all the purity, surround them as they enter an amazing new chapter of life, together forever. #loveisthelight.”

Brahmastra, directed by Ayan, will hit theatres on September 9 this year.

And here's Ayan Mukerji's post for his friends Alia Bhatt and Ranbir Kapoor:

Coming back to Alia Bhatt and Ranbir Kapoor's wedding, the duo will get married in Vastu, the apartment complex in Mumbai's Pali Hills where the couple reside. Wedding festivities have already begun. On Wednesday afternoon, Ranbir's mother Neetu Kapoor, sister Riddhima Kapoor Sahni, cousins Kareena Kapoor-Khan and Karisma Kapoor, and other family members along with Ayan Mukerji and filmmaker Karan Johar were pictured arriving at Vastu for the mehendi ceremony.