It was a big day for Mahesh Bhatt's daughter Shaheen Bhatt as she launched her book I've Never Been (un)Happier on Wednesday, and to make her day all the more special, her sisters Alia Bhatt and Pooja Bhatt cheered for her at the event. Shaheen's mother and veteran actress Soni Razdan along with husband Mahesh Bhatt also attended the launch event. The digital version of Shaheen's book was launched last year. For her big day, Shaheen wore a shimmery blue blazer and trousers, while Alia picked a black pantsuit. Pooja Bhatt wore an over-sized top and denims to the event. Pooja, Shaheen and Alia Bhatt at the event. 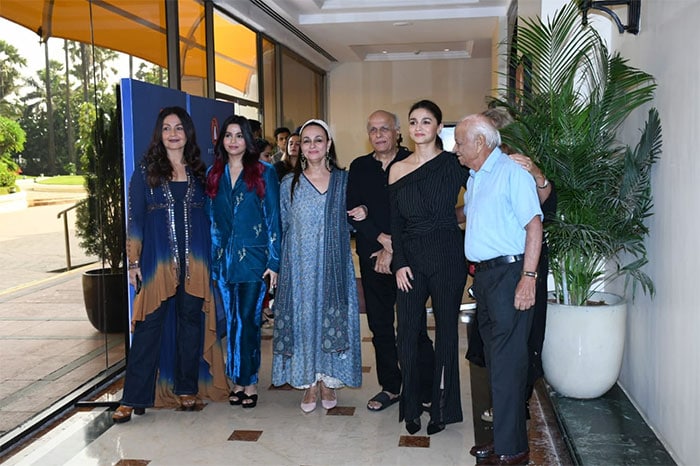 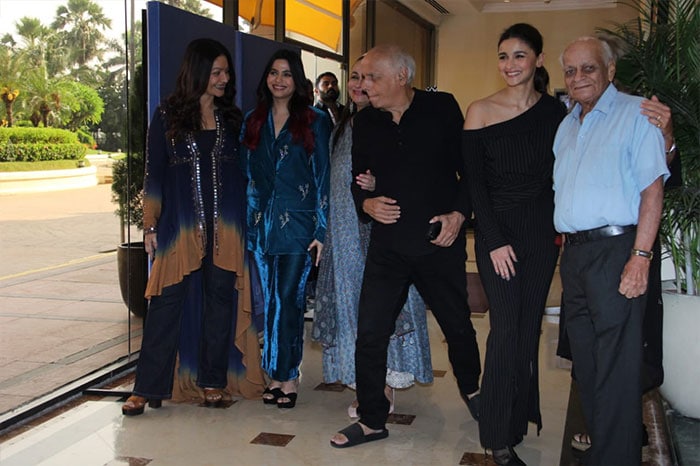 The Bhatt family happily posed for the shutterbugs.

Shaheen Bhatt and Alia Bhatt posted identical pictures from the launch event on their Instagram profiles and they accompanied the posts with adorable captions. Alia, in her post, wrote: "Aah I could just eat you up, Sir." The caption on Shaheen's post read: "Sweet, crazy conversations full of half sentences, daydreams and misunderstandings more thrilling than understanding could ever be."

aah I could just eat you up.. plssss sir

Alia Bhatt and Shaheen Bhatt are the daughters of filmmaker Mahesh Bhatt and actress Soni Razdan. Last year, Shaheen Bhatt revealed she battled depression and on World Mental Health Day the same year, she launched her debut book I've Never Been (Un)Happier, in which she opened up about dealing with depression and anxiety. Pooja Bhatt is the daughter of Mahesh Bhatt with his first wife Kiran.