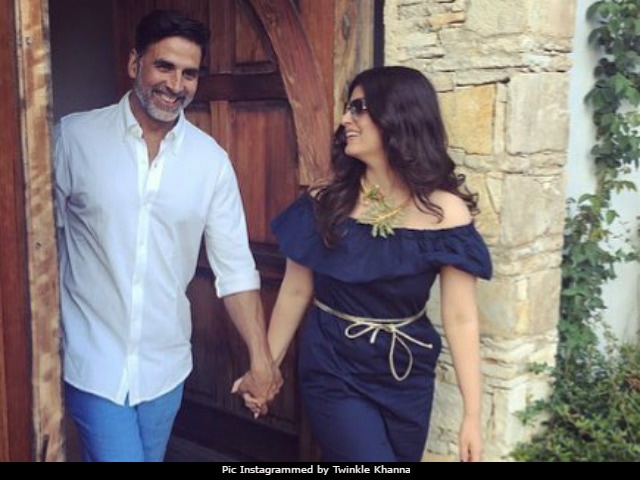 New Delhi: Unlike many of us who will battle the rain or sweat their way to office in September, Akshay Kumar will reportedly be chilling in Switzerland with a view of the snow-capped Alps. Not fair but kya karein, it's his birthday ya! The Bollywood khiladi is all set to celebrate his 50th birthday on September 9, which is also the time when he's reportedly planned to take off for Switzerland with his family - wife Twinkle, son Aarav, 14, and daughter Nitara, 4. The Kumars are expected to be in Switzerland during the weekend of Akshay's birthday - it is expected to be a four day trip, reported Mumbai Mirror.

The report stated that previously, Akshay had plans of celebrating his birthday with a close-knit gathering or a dinner in Mumbai but planned a holiday to fulfill little Nitara's wishes - she wanted to see snow and the Kumars zeroed in on Bollywood's favourite snow-capped destination. "On the weekend of September 9, the Kumars will make a whirlwind trip to Switzerland because Nitara has expressed a desire to see the snow and Akshay is always ready to indulge his children," a source told Mumbai Mirror.

Promoted
Listen to the latest songs, only on JioSaavn.com
Akshay Kumar, who is known to be a family man, will kick-start birthday festivities in Mumbai along with his mother Aruna Bhatia, mother-in-law sister Dimple Kapadia and Twinkle's sister Rinke before he takes his immediate family off to Switzerland. Akshay and Twinkle have checked off vacation destinations like South Africa, Barcelona and Maldives in the recent past.

Akshay Kumar was last seen in Toilet: Ek Prem Katha, which made over Rs 100 crore at the box office. He is filming R Balki's Padman and will also be seen in Rajinikanth's 2.0 and Reema Kagti's Gold.