"Seems like I'm the only one left in the family yet to meet the visual genius," wrote Akshay Kumar 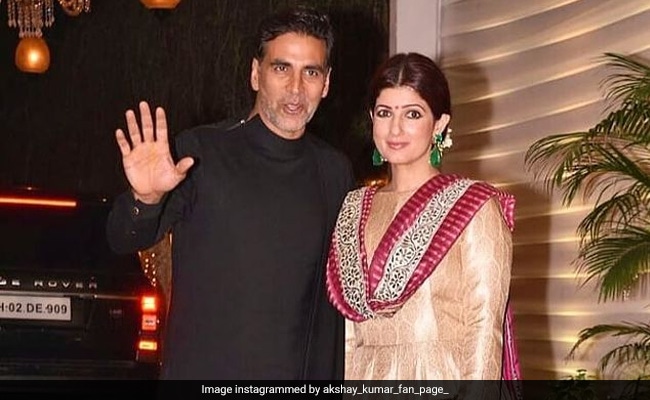 It's easy to see why Akshay Kumar is "sulking" these days (his words). The National Award winning actor, is the only person in his family who is yet to meet "visual genius" Christopher Nolan. After his mother-in-law and Bollywood veteran Dimple Kapadia starred in Christopher Nolan's espionage thriller Tenet, his wife and author Twinkle Khanna had the opportunity to interview the filmmaker. Akshay shared a video of Twinkle's virtual interview with the director, which she did for her digital content company Tweak India. Sharing the video, Akshay Kumar wrote: "First my mom-in-law worked with Christopher Nolan and now the wife gets to interview him... Seems like I'm the only one left in the family yet to meet the visual genius! Watch this interview while I sulk."

First my mom-in-law worked with #ChristopherNolan and now the wife gets to interview him...seems like I'm the only one left in the family yet to meet the visual genius! Watch this interview while I sulk @TweakIndiapic.twitter.com/CWI2BRxaVv

Over the weekend, Akshay  shared a picture of Christopher Nolan's hand-written letter to Dimple Kapadia and he wrote in his post: "Here's my proud son-in-law moment! Christopher Nolan pens a heartfelt note to Dimple Kapadia on the eve of their release. Had I been in her place, I wouldn't have been able to move in awe but having watched her on screen working her magic in Tenet, I couldn't be more happy and proud of Ma."

Akshay Kumar's brother-in-law and actor Karan Kapadia too met the filmmaker in 2019. Here's a picture of him with the Tenet director: