Akshay Kumar occupied the top spot on the list of trends, first for Sooryaanshi and now, for The End 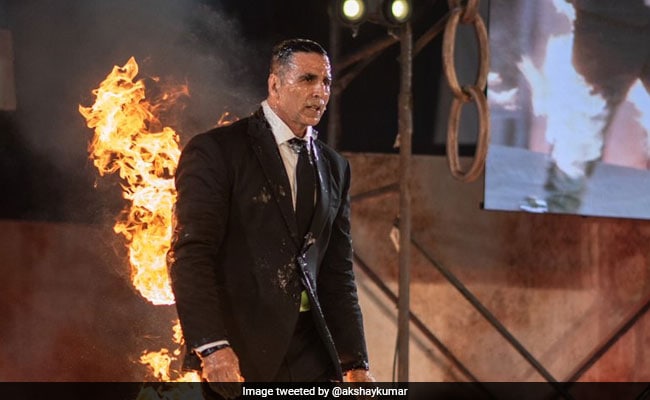 Akshay Kumar at the launch of The End. (Image courtesy: Twitter)

After trending all of Tuesday for the new posters of his upcoming film Sooryavashi, actor Akshay Kumar closed the day with the announcement of his first web-series, the working title of which is The End. He tweeted pictures from the launch event and wrote: "Literally, all fired up for my association with Amazon Prime India's The End(working title). Trust me, this is only the beginning." In addition, in a statement Akshay Kumar revealed that it was his son Aarav's idea that he should star in a web-series, reports news agency IANS. "The digital world excited me and I am delighted to make my streaming debut with this show. If I were to make a small confession here, it was my son Aarav who suggested that I make my digital debut as that's what the youth is hooked onto. On this medium, I want to create something extraordinary and connect with them".

Akshay Kumar also said that he was closely involved with the show since its inception and he cannot begin to roll soon. "From the very concept of the show, I am working closely with the team as they create this compelling and highly intriguing story. I can't wait to start rolling for this action adventure series," Akshay said in a statement.

Literally, all fired up for my association with @PrimeVideoIN's THE END (working title). Trust me, this is only the beginning @JSalke@vikramix@Abundantia_Entpic.twitter.com/BL2PS4iJPQ

Meanwhile, Akshay and team Sooryavasnshi shared these posters from the film earlier on Tuesday:

As of now, Akshay Kumar is awaiting the release of Kesari on March 21. The actor has also signed up for Housefull 4, Good News and Mission Mangal.