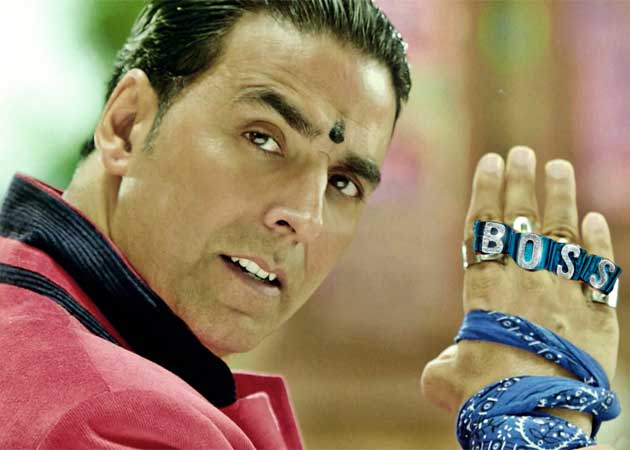 A still from Boss featuring Akshay

For the Indian movie-going public at large, a Bollywood film bereft of masala songs and spectacular action sequences is more horrifying than any of our desi horror films.

Given our love for over the top everything, Akshay Kumar is a gift to his fans, who otherwise would have been living in a fit of pique, a life deprived of the punches that only Akki can pack. (Also Read: Bollywood wishes Akshay on birthday)

From his white sports shoes and chest hair-loving days of the '90s to his now far more sophisticated self, a lot has changed in terms of Akshay's personal style - but, thankfully, not the way he takes on goons.

His opponents often see many of him. He is merciless, and as lethal as 10 men:

He comes with his own set of cheerleaders, who we don't blame for abandoning Twenty20 - who wouldn't:

WHAT did we just see?!? Is he going to fight off knives with his fiery leg?  OMG!

He doesn't shy away from a one-on-one fight on the pool table:

Or a slapping match with a monkey: