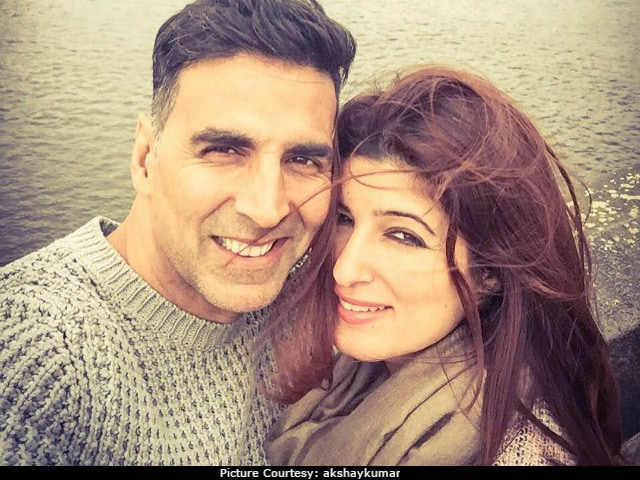 New Delhi: Actor Akshay Kumar shared with his fans that he has started shooting for R. Balki's next movie Padman, but there was something special about the announcement. The Khiladi actor shared an adorable picture of him and his actress-turned-writer wife Twinkle Khanna, who is producing the movie, stepping together on the first day of Padman. Akshay Kumar also asked his fans for their love and support. "Embarking on a new journey, this time with the Mrs. First day of Twinkle Khanna, Padman directed by R Balki, need your love and luck as always," Akshay wrote on Twitter along with a picture of him and his wife holding their hands.

Promoted
Listen to the latest songs, only on JioSaavn.com
Twinkle re-tweeted Akshay's post, and wrote: "And so it begins Padman." Padman is a film based on the life of Arunachalam Muruganantham, who is the inventor of a low-cost sanitary pad making machine and has helped spread awareness about traditional unhygienic practices around menstruation in rural India. Akshay Kumar is playing the role of Arunachalam. Padman, also starring Sonam Kapoor and Radhika Apte, will be shot in a village near Indore. However, the release date has not yet been declared.

Padman, which also features Sonam Kapoor and Radhika Apte in prominent roles, is directed by R Balki and produced by Twinkle Khanna. Akshay is also busy shooting for Toilet Ek Prem Katha and is awaiting his next release 2.0 with superstar Rajinikanth. The 49-year-old actor's last release Jolly LLB 2 managed to do really well on Box Office and scooped over Rs 110 crore. Twinkle and Akshay last appeared together on Koffee With Karan Season 5.