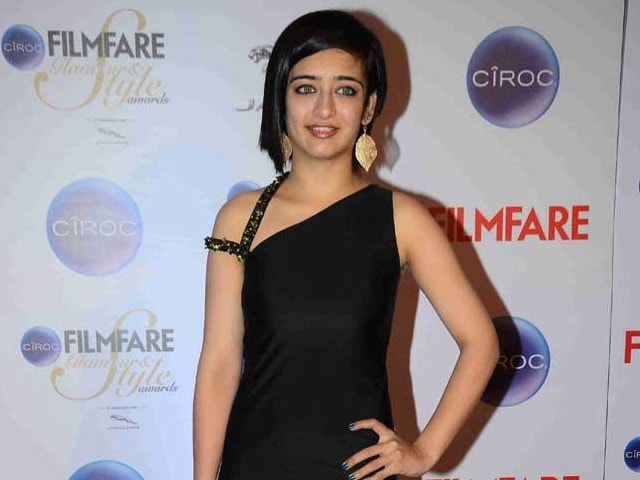 New Delhi: Two-film-old actress Akshara Haasan, the younger daughter of Southern stars Kamaal Haasan and Sarika, has revealed why she is fond of 1984 film Raaj Tilak, in which her parents shared screen space for the first time, reported news agency PTI. Akshara said that according to her, the film captures the real life romance between Mr Haasan and Sarika, who fell in love around that time. "I liked my mom in Parzania and my dad in Nayakan and Chachi 420. And I liked both of them together in Raaj Tilak. It was a high point for me to see how my parents fell in love. That's when their relationship started," Akshara told PTI.

"I get super happy seeing it and that they have captured it on screen. It fills my heart with happiness," Akshara added. Kamaal Haasan and Sarika married in 1988 and are also parents to Shruti Haasan, who is also an actress. The Hey Ram actor was earlier married to dancer Vani Ganapathy. Sarika and Mr Haasan are also co-stars of films like Karishmaa, Tik Tik Tik and Hey Ram.

Meanwhile, Akshara made her acting debut with Bollywood's Shamitabh and has worked as an assistant director for her father's 2016 film Sabaash Naidu. Talking about her career, she said that her parents monitor her choices closely. "My parents think I am doing well and heading in the right direction. They are critical about my work. They tell me things on my face so that I can do better. They ask me why I did a scene or act in a particular way and not the other way. Sometimes I agree with them sometimes I don't," said Akshara.

Promoted
Listen to the latest songs, only on JioSaavn.com
Akshara Haasan will next be seen in Laali Ki Shaadi Mein Laaddoo Deewana, which releases on April 7, and also has Tamil film Vivegam in the pipeline.