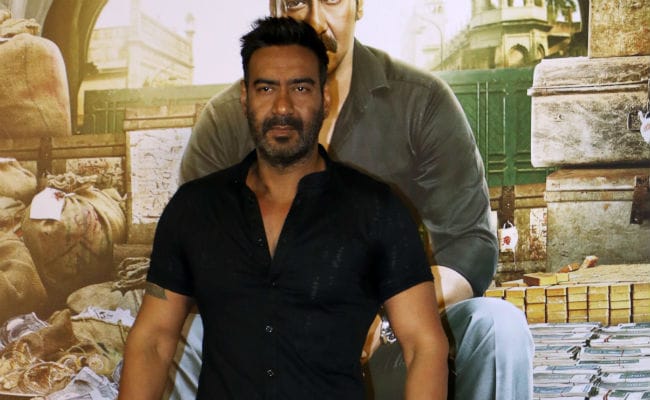 New Delhi: Ajay Devgn, who has several films in his lineup already, showed keen interest in playing Sher Singh Rana on the silver screen, stated a mid-day report. Sher Singh Rana was convicted for the assassination of dacoit-turned-parliamentarian Phoolan Devi in 2001. An "interesting" fact about Sher Singh Rana, after he escaped from Tihar Jail in 2004, reportedly caught Ajay Devgn's attention, sources told mid-day. "What caught Ajay's attention is the interesting life of Rana, who escaped from Tihar jail in 2004, and claimed to have gone to Afghanistan to bring back the remains of the 12th century Indian ruler, Prithviraj Chauhan, before he was caught in Kolkata in 2006," sources told mid-day. Sher Singh Rana has also written a book on his journey, titled Jail Diary: Tihar Se Kabul-Kandahar Tak.

There has not been any official confirmation about Ajay Devgn's next film but initial reports suggest that Ajay Devgn is likely to start prepping for the project in concern by next year. The actor is yet to zero in on the director and producer for his untitled film, stated the mid-day report.

Sher Singh Rana killed Phoolan Devi at her Delhi residence on July 25, 2001. Sher Singh Rana, who was convicted by the Delhi court in 2014, is currently out on bail.

Promoted
Listen to the latest songs, only on JioSaavn.com
Ajay Devgn is also working on another biopic based on the life of Tanaji Malusare, who was one of Shivaji's closest friends and aide. Titled Taanaji: The Unsung Warrior, the film traces the life of Maratha general, who reconquered the fort of Kondana in 1670's Battle of Sinhagad with the help of his pet monitor lizard but was killed battling Mughal fort-keeper Udaybhan Rathod.

Ajay Devgn is also filming an untitled project, which is being directed by Akiv Ali and co-produced by Luv Ranjan. The film also stars Rakul Preet and Tabu. The film will deal with the subject of urban relationships in contemporary times.