"Golmaal franchise happens to be one of my favourites because like we said in one of our earliest films, it's fun unlimited," said Ajay Devgn 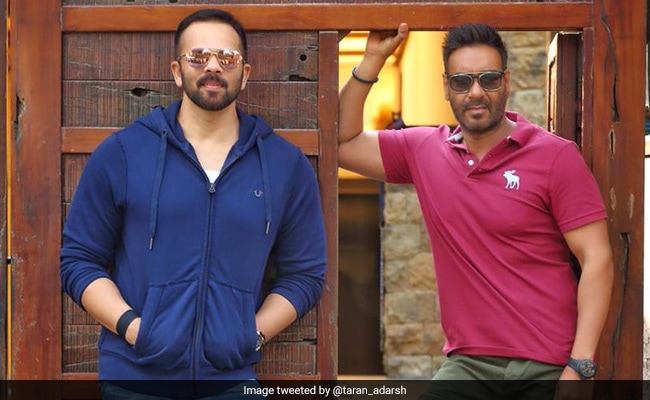 Actor Ajay Devgn and filmmaker Rohit Shetty, who have collaborated for 10 films already, are back again with the fifth instalment in the Golmaal series - Golmaal 5, revealed a post on Ajay Devgn's Instagram. Ajay Devgn, who has headlined the ensemble cast of all films in the Golmaal series, told news agency IANS in a statement: "Rohit and I have discussed and are committed to doing our next instalment of Golmaal. The franchise is not only the longest-running one in Hindi cinema, it also happens to be one of my favourites because like we said in one of our earliest films in this series, it's fun unlimited," Ajay said. Golmaal 5 will be produced by Rohit Shetty Picturez in association with Reliance Entertainment. "Prepare yourself for yet another laugh riot with Golmaal 5," Ajay wrote on his Instagram post:

A film franchise which is not only the longest running one in hindi cinema but also happens to be one of my favourites! Prepare yourself for yet another laugh riot with #GolmaalFive. @itsrohitshetty @sarkarshibasish @reliance.entertainment @rohitshettypicturez

The IANS report adds that the script of Golmaal 5 has already been prepped and that Rohit Shetty will begin the shooting once he has wrapped his prior commitments. Rohit is currently busy making cop drama Sooryavanshi, which stars Akshay Kumar in the titular role, which is slated to release in March.

The Golmaal series began with the first film in 2006 and more were added to the franchise with 2008 film Golmaal Returns, 2010 film Golmaal 3 and 2017's Golmaal Again, all of which have featured Ajay Devgn, Arshad Warsi and Tusshar Kapoor as Gopal, Madhav and Lucky as a group of bumbling friends. The fourth indispensable character of the Golmaal series is Laxman, which has been played by actors Sreyas Talpade, Sharman Joshi and Kunal Kemmu over the years.

Are you ready for some major Golmaal? We are!