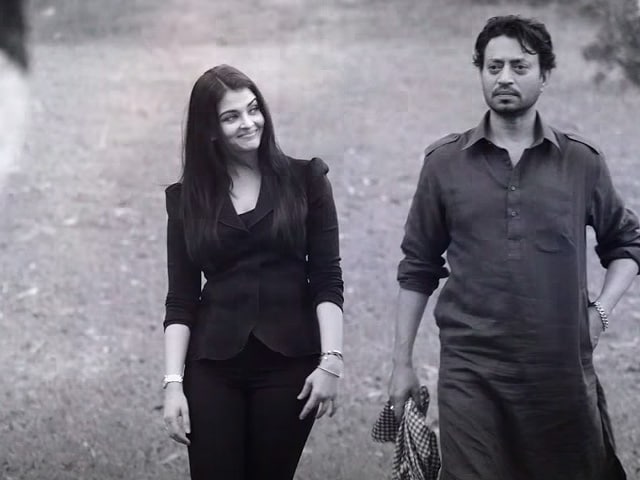 Irrfan Khan and Aishwarya Rai in a still from Jazbaa.

New Delhi: In a career spanning 27 years, Irrfan Khan has become a star by being a part of Bollywood and Hollywood movies, but he feels a certain insecurity persists in an actor's life.

Irrfan, whose filmography boasts of films like Maqbool, Life in a... Metro, The Namesake, The Lunchbox, Jurassic World and Life of Pi, however, is of the view, a star should overcome the self-doubts and concentrate on his or her performances.

"Every superstar has some insecurity. If a movie of a director becomes hit, then the star wants to work with him. He thinks the director gave a hit with others so I'll work with him too. That is why a superstar is in search of choosing new subjects. Insecurity is everywhere. But if you carry the burden of insecurity always and if it is affecting your performance, then that's a big problem," Irrfan said in an interview. (Also Read: Irrfan Khan is 'Here to Redefine Things')

The Piku actor said, despite her stardom, Aishwarya is a grounded person. "She has a very larger-than-life image but she is very simple. She takes care of people around her and is unlike the big superstar image she has. She is very grounded."

The movie marks Aishwarya's return to big screen after a gap of five years but Irrfan never felt she was away from movies.

"Comeback from where? For me she was always here. She didn't go anywhere. An actor should be allowed a gap. Her audience is still with her. People are her fan, her admirers, and they'll definitely go to watch her," he said. (Also Read: My Chemistry With Aishwarya in Jazbaa is Unusual, Says Irrfan)

The actor agreed to do Jazbaa because he felt it was different from previous projects of Sanjay Gupta, who is known for films like Shootout at Wadala, Kaante and Zinda.

"Sanjay Gupta usually makes movies where there is a lot of action and the film is male-dominated. Here (Jazbaa), a balance exists. It's about a woman, a child and emphasis is on the story rather than action," Irrfan said.

The actor will be seen mouthing catchy one-liners in the role of a suspended cop, Yohaan.

Irrfan said that there was no reference point to play the character. "It's always me, the director and the story. Today, people come to see me because they know my personality, my style. If I start getting inspired from others then I won't be able to entertain. This character has my approach- how I would play a larger than life character," he said. (Also Read: Irrfan Khan is Hopelessly Devoted to Aishwarya in Jazbaa Song)

Irrfan was recently seen in Meghna Gulzar's murder mystery Talvar. Jazbaa, which opens on October 9, is a departure from his latest real-life inspired drama.

"I worked at different times for Talvar and Jazbaa but they are coming out almost together. Talvar was purely based on facts, there was no fiction, except for my track with Tabu. Nothing was imagined, it was a mixture of all facts. Jazbaa is pure fiction. Here my approach to acting is not to present a reality but to engage the audience and give them a good film, which is not based on any facts," he said.