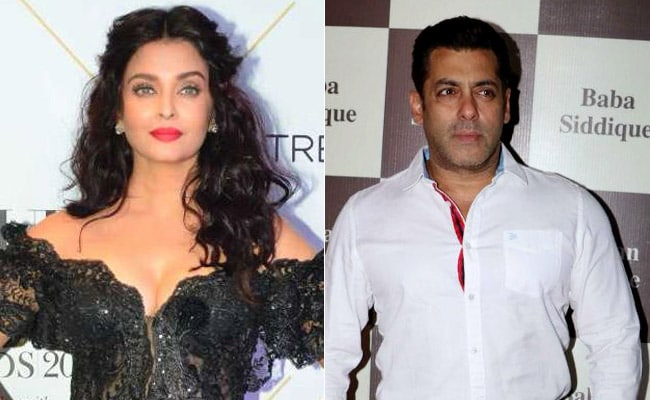 For Bollywood fans, Eid is synonymous with a Salman Khan release. The actor has dominated the festival with six of his seven releases being runaway blockbusters. But come 2018, Khan will find a worthy competitor at the box-office -- Aishwarya Rai Bachchan. Rai's Fanney Khan, which also stars Anil Kapoor in the titular role, will lock horns with Khan's Race 3. The clash becomes all the more interesting given their history - Khan and Rai were in a three-year-long relationship before the duo parted ways in 2002.

Says a trade source, "It will be an exciting clash, since Aishwarya and Salman's relationship continues to hold the audience's attention, even years after it went kaput. While Salman boasts of tremendous box-office pull, Ash and Anil too have a huge fan following and will draw the audience to the theatres."

The source further adds that the producers of Fanney Khan consulted their lead actors before zeroing in on the release date, especially since the makers of Race 3 had already booked the festival window. "Arjun Kapoor, Prernaa Arora, Bhushan Kumar and Rakeysh Omprakash Mehra met Aishwarya and Anil, who were happy to have a festival release. The team is aware of Race 3 also releasing on Eid, but they are confident of their film."

Producers Kapoor and Kumar released a joint statement saying, "We have locked the release date of Fanney Khan on Eid 2018 (June 15). We decided on Eid because the lead character Fanney Khan, played by Anil Kapoor, is a Muslim character and there's no better day than Eid [to release it]."

Promoted
Listen to the latest songs, only on JioSaavn.com
However, when asked about clashing with the action franchise, the producers refrained from commenting. Fanney Khan is almost complete, with only some scenes between Rai and Rajkummar Rao left to be shot. Khan and Jacqueline Fernandez's actioner went on floors yesterday.


(Except for the headline, this story has not been edited by NDTV staff and is published from a syndicated feed.)
Comments
salman khanAishwarya Rai Bachchan