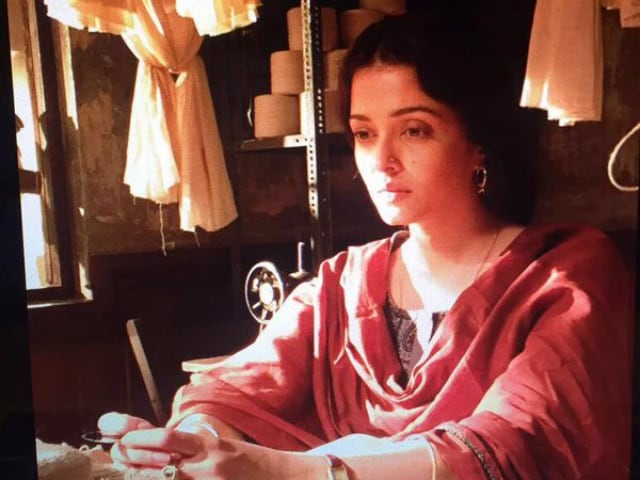 New Delhi: A new still of actress Aishwarya Rai Bachchan from her upcoming movie Sarbjit is doing the rounds of social media and the hashtag "#Sarbjit" trended on Twitter on Tuesday.

The still, from a Punjabi song in the movie, features the 42-year-old actress in a traditional red outfit.

Aishwarya switches from her resplendent look to a simpler one in the film:

Aishwarya stars as Dalbir Kaur, who campaigned to have her brother Sarbjit Singh freed from the Pakistani jail where he was incarcerated on charges of spying. Randeep Hooda plays the eponymous protagonist in the Omung Kumar-directed biopic. (Also Read: Sarbjit Done, Randeep Hooda Shaves off Moustache in Video)

Sarbjit also stars actors Richa Chadha and Darshan Kumar in key roles and releases on May 20.