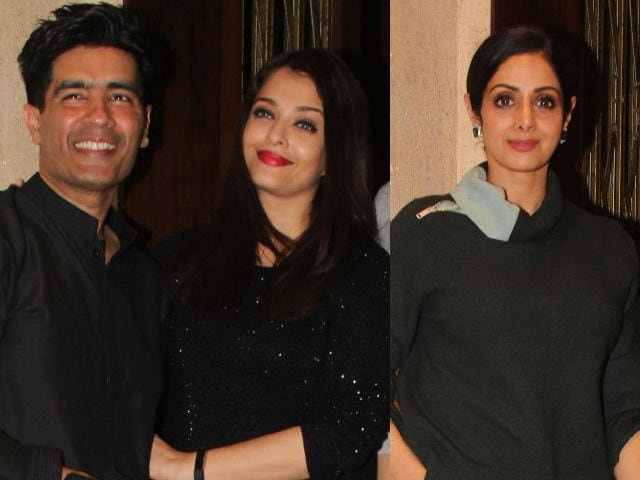 New Delhi: Actor-couple Aishwarya and Abhishek Bachchan headlined the guest-list at designer Manish Malhotra's birthday party in Mumbai on Sunday. Only very close friends were invited and we also spotted Sridevi, Karisma Kapoor and Raveena Tandon. Manish Malhotra, designer to the stars, is 50 today. His birthday was brought in with cake on Sunday night. Aishwarya Rai Bachchan, wearing black, posed with the birthday boy, who was in a bandhgala, and a far more casually dressed Abhishek, wearing a grey hoodie. A bigger birthday party will reportedly be held tonight, hosted by Manish's close friend Karan Johar (who was also present last night). Aishwarya, 43, and Abhishek, 40, were pictured with a smiling Manish: 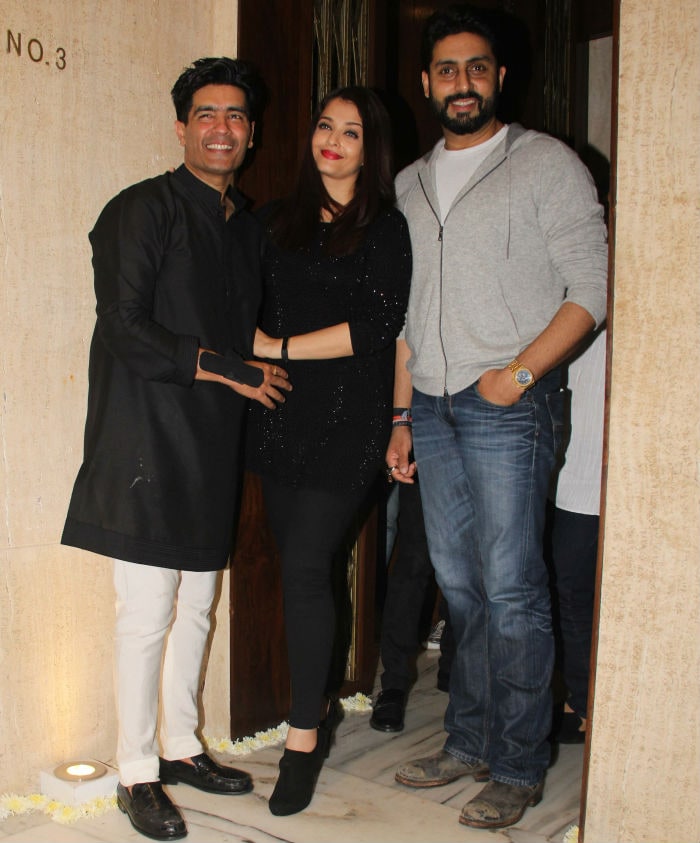 Sridevi, who wore Manish's clothes in films like Judaai and Puli, was polished in a pale blue and black outfit. Karisma Kapoor, dressed by him in Raja Hindustani and many other movies, was spotted in a shimmery top. Raveena Tandon was dressed up in an anarkali. 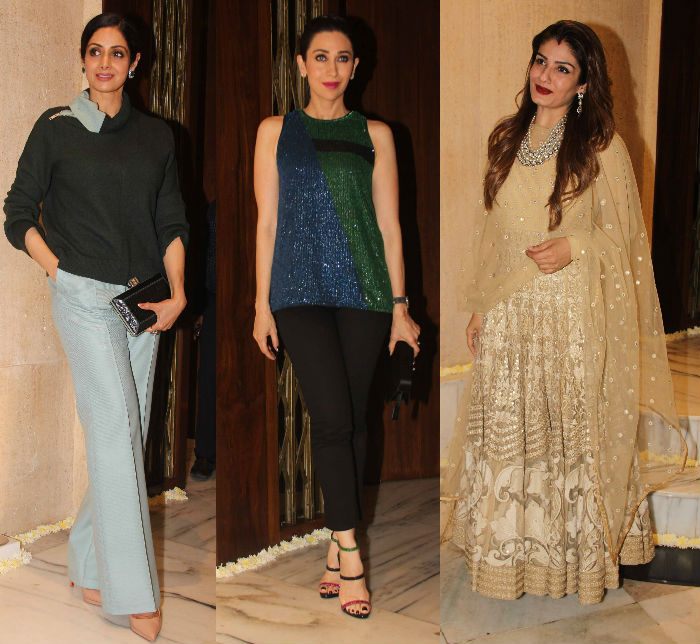 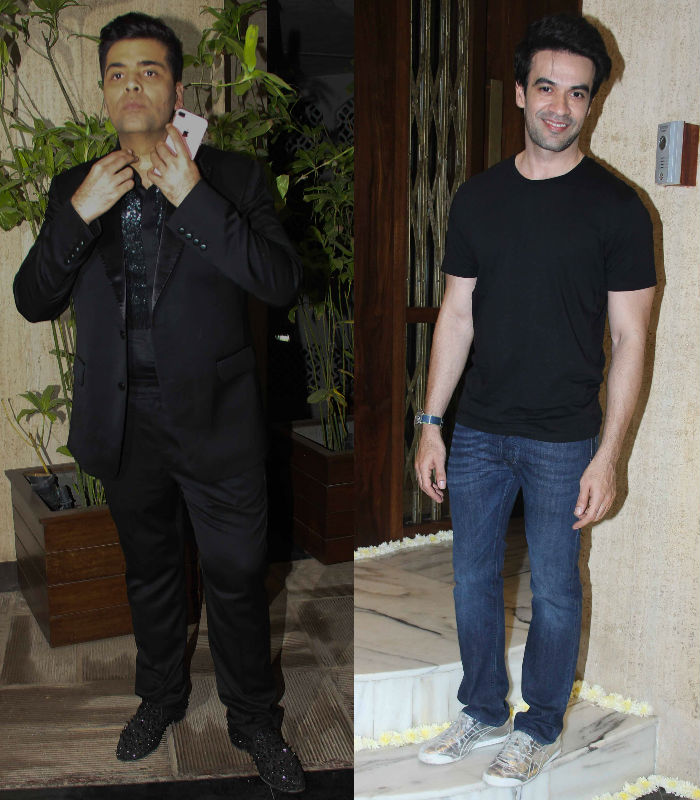 Punit posted a picture of the birthday cake on Instagram - a giant affair made of, apparently, 50 kilos of chocolate. We can't even...

This has to be the largest cake I have EVER seenBelieve it or not... 50 kilos of chocolate!!! Happy Birthday @manishmalhotra05

Manish Malhotra also posted pictures of video from inside the festivities:

Promoted
Listen to the latest songs, only on JioSaavn.com
Manish also celebrated his birthday early with actress Katrina Kaif in the Maldives last week. Pictures of the two of them went viral.

Manish Malhotra is one of the country's most successful designers. Not only is he the man behind many celebrity wardrobes, he's also the creator of the costumes of several Bollywood films. He designed for Kabhi Khushi Kabhie Gham, Main Hoon Na, Kabhi Alvida Naa Kehna and, more recently, Yeh Jawani Hai Deewani and Bajrangi Bhaijaan. He won the Filmfare Award for Best Costume Design in 1995 for Rangeela.