Aishwarya Rai Bachchan And Ranbir Kapoor Are Too Much To Handle. See Pic 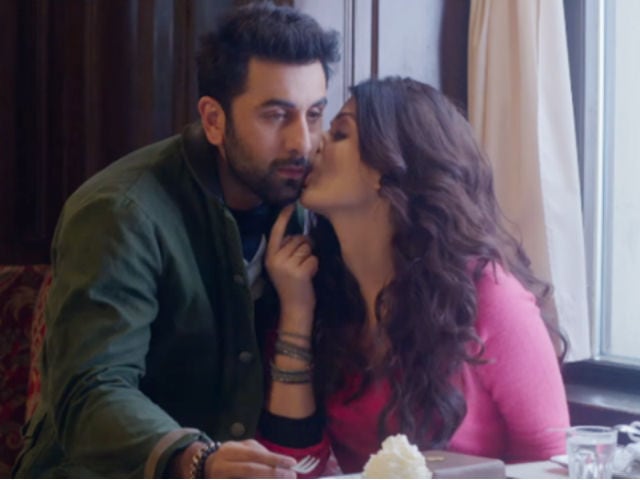 New Delhi: Lot has been spoken about Aishwarya Rai, Ranbir Kapoor and whipped cream in Ae Dil Hai Mushkil's song Bulleya and we can't deny that it captured our imagination.

Now this picture from a shoot of the onscreen couple is trending on social media and it is making it difficult to wait for the Diwali release.

Aishwarya and Ranbir's onscreen romance has been talk of the town ever since Karan Johar's Ae Dil Hai Mushkil trailer made its debut. Then Bulleya added fuel to the fire.


And it is good news for the actors as both of their last films could not generate much interest in the audience. Aishwarya was last seen in Sarbjit with Randeep Hooda while Ranbir's last was Bombay Velvet and we all know what happened to that.

Promoted
Listen to the latest songs, only on JioSaavn.com
Ae Dil Hai Mushkil also has actress Anushka Sharma as the third angle of the love triangle. Actor Fawad Khan has a special role while Shah Rukh Khan will be seen in a cameo.

The film is set to hit the screens on October 28.