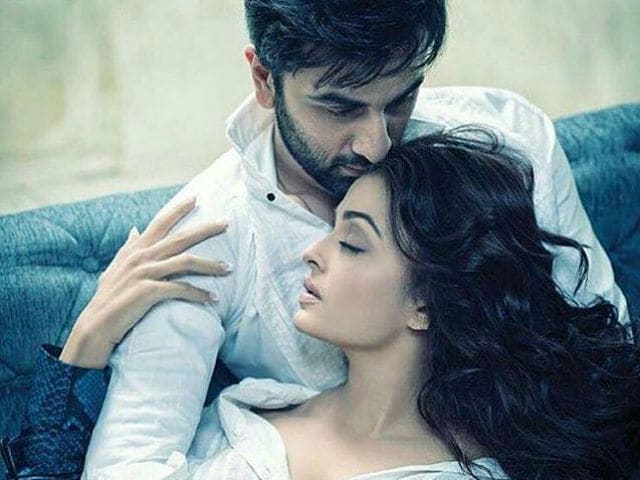 New Delhi: The makers of Ae Dil Hai Mushkil have no mercy. Diwali is still days away but early fireworks have been set off in the form of more (ever more) pictures from the photoshoot featuring Aishwarya Rai Bachchan and Ranbir Kapoor that has sent the Internet into a meltdown.

Looks like the nine days left for the film to hit screens will be an awfully long wait. In the film, Aishwarya and Ranbir are cast opposite each other in a love triangle, the third part of which is completed by Anushka Sharma. The nuclear-level chemistry between Ash, 42, and Ranbir, 34,  has lit up not just the screen but also social media.

New pictures from the photoshoot, which is for Filmfare, have been Instagrammed by fan clubs.

Good morning everyone, how are you dear fans? #Filmare #ADHM #RanbirKapoor

A single shot of Aishwarya shows the actress in a Manish Malhotra embellished top with ripped jeans.

On Tuesday, Dharma Productions shared these pictures of the couple:

Careful. This might set your screen on fire! #RanbirKapoor and #AishwaryaRaiBachchan cover shoot

Social media went into a frenzy almost a week ago when the first picture from the Aishwarya-Ranbir photoshoot emerged.

It hasn't been all smooth sailing for Ae Dil Hai Mushkil, however. The casting of Pakistani actor Fawad Khan, who makes a special appearance in the film, prompted an outcry from some quarters. A group of theatre-owners have said they will not allow the film to release in single screen cinemas across four states.

Promoted
Listen to the latest songs, only on JioSaavn.com
Director Karan Johar has released a video in which he describes himself as "deeply hurt" to be called anti-national. Karan also insisted that he will "not engage talent from neighbouring country given the circumstances" and urged everyone to understand the sweat and tears of 300 Indians who have worked on the film.

Ae Dil Hai Mushkil, in which Shah Rukh Khan has a cameo, will hit the screens on October 28.