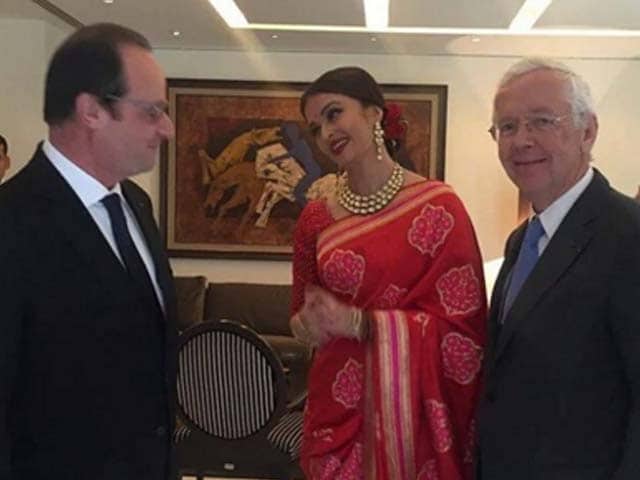 Ash was ravishing in a red Banarasi sari with pink embellishments designed by Swati and Sunaina. Polki jewellery, red bindi, matching lip colour and roses in her hair accessorised her look.

Her conversation with President Hollande ranged from talking about movies to her experiences at Cannes, a guest at the lunch told IANS. He added that Mr Hollande even made Aishwarya join him at his table and that 'the French president was very warm.'

"Aishwarya Rai Bachchan wishes all her well wishers a very happy Republic Day," this image shared by her publicist read. 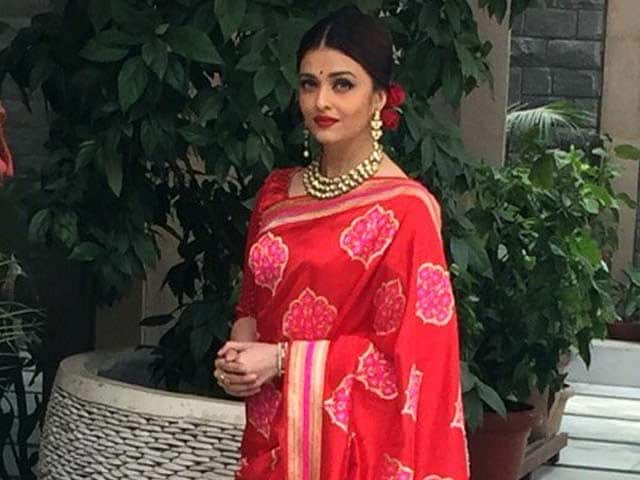 Image courtesy: IANS
Aishwarya Rai is a regular at the Cannes Film Festival and is also a recipient of the 'Knight of the Order of Arts and Letters', the second highest French civilian honour. She was the only Bollywood actor to be present. Other guests at the lunch included designers Ritu Beri, a recepient of the French government's Chevalier Des Arts et Des Lettres award and Manish Arora, who shares a deep connect with Paris.

French President Hollande was on a three-day visit to India and was the Chief Guest at the Republic Day celebrations on Tuesday.