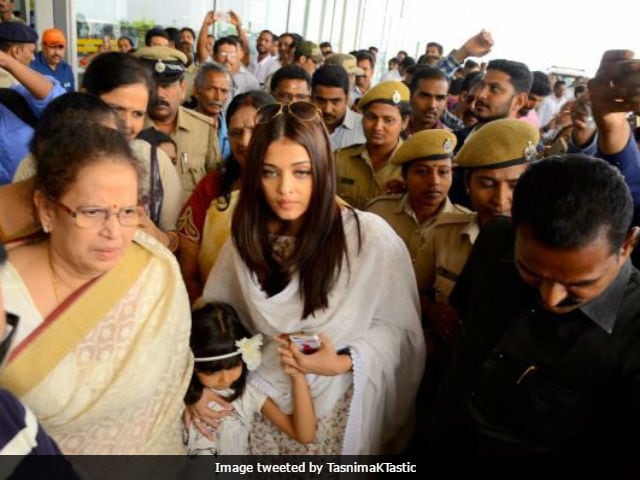 New Delhi: Actress Aishwarya Rai Bachchan reached Mangalore today to perform the last rites of her late father Krishnaraj Rai. The 43-year-old actress was accompanied by her mother, Vrinda and daughter, Aaradhya. According to reports, the mortal remains of Aishwarya Rai Bachchan's father were immersed at Triveni Sangama, near the Sahasralingeshwara temple. The Guzaarish actress is expected to leave for Mumbai on Sunday evening. Krishnaraj Rai died on March 18 at Mumbai's Lilavati Hospital after brief illness. His funeral, which was held at the city's Vile Parle Seva Sansthan Shamshan Bhoomi, was attended by several Bollywood celebrities such as - Shah Rukh Khan and filmmaker Sanjay Leela Bhansali.

See the pictures of Aishwarya Rai Bachchan in Mangalore:

Some more of Aishwarya and Aaradhya from their visit to Mangalore today pic.twitter.com/hITk4DKPCn

Aishwarya Rai was also snapped at Mumbai airport before heading for Mangalore. See the pic below: 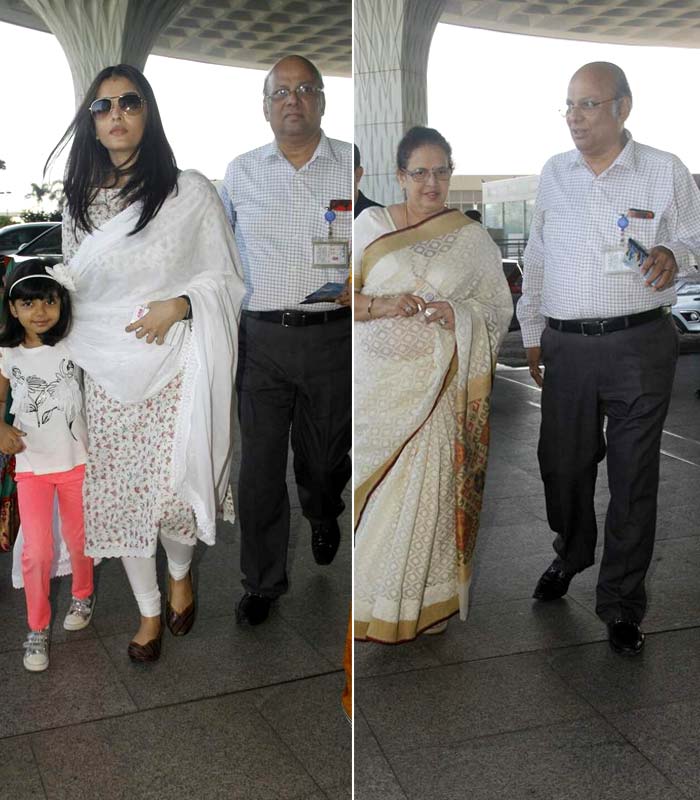 Aishwarya Rai spotted at Mumbai airport along with mother, Vrinda and daughter, Aaradhya

After the death of Aishwarya's father, her husband Abhishek Bachchan thanked everyone for their prayers on Twitter. Her father-in-law Amitabh Bachchan also tweeted to those who offered their condolences.

See the tweets below:

Promoted
Listen to the latest songs, only on JioSaavn.com
Abhishek Bachchan and Aishwarya Rai got married in 2007. The duo have co-starred in films such as - Guru, Dhoom 2, Raavan, Kuch Naa Kaho, Dhai Akshar Prem Ke and Umrao Jaan. As per India Today reports, the couple has been roped in by filmmaker Anurag Kashyap for his next venture, titled Gulab Jamun.

Anshula Kapoor Does "Happy Dance" On Receiving A Gift From Malaika Arora. See Her Reply