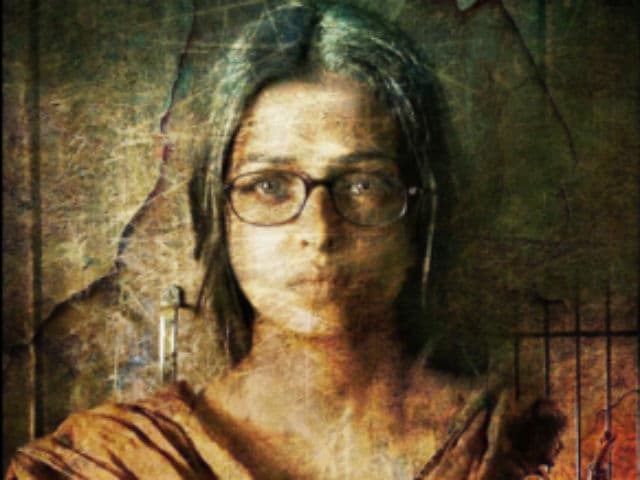 This image was posted on Twitter by Omung Kumar.

The first poster of the movie features an aged Aishwarya, who is seen wearing a simple salwar kameez and spectacles.

Directed by Omung Kumar, the movie is based on Indian convict Sarbjit Singh, who died following an assault by fellow prisoners at a Pakistani jail.

The event, which was held at the residence of BJP president was also attended by the producers of the film, Vashu Bhagnani, Bhushan Kumar and Sandeep Singh, along with actress Richa Chadha and actor Darshan Kumar.

Aishwarya plays Sarbjit's sister Dalbir Kaur while Randeep Hooda will be seen in the titular role.

Mr Shah, who was impressed by the selection of the subject, wished the team good luck.

"I would like to congratulate the makers for choosing this subject. This a story of an Indian who spent his whole life in anonymity and the struggle his sister went through to bring him back to his country. I wish the team good luck. I hope that the message which this film carries reaches every corner of the country because such stories inspire a lot of people," said Mr Shah.

Aishwarya, who was last seen in 2015's Jazbaa, thanked the makers for giving her the chance to portray such a strong character.

"It is a subject which we are all very familiar with. And we, as a team, were very keen to share the story with those who don't know about it in detail. It's very important for us, as a nation, to understand, respect and recognise the struggle. I would like to say thank you for giving me this opportunity to play the part of a lady I immensely respect. It's an absolute honour," she said.

Nitin Gadkari, Union minister for Road Transport, Highways and Shipping, felt that the film will send an inspiring message to the youth of the country.

"This subject is very important for our country and people. It is a sensitive story. It showcases the beautiful brother-sister relationship. I believe that the youth will get inspired by the film. We all wish the movie good luck," he said.

Omung, who won the national award for his film Mary Kom, starring Priyanka Chopra, said that the purpose of launching the poster on the political stage was to convey that the movie is on a serious subject which needs to be treated in the same manner.(Also Read: Aishwarya Rai Shoots For Sarbjit at a Gurudwara. See Pics Here)

"It is a political story. We wanted to create awareness about the film in a different way. It is a serious story and means serious business. That is the reason why we chose to get the first official poster launched by Amit Shah ji and Gadkari ji," said Omung.

Sarbjit will release on May 20.