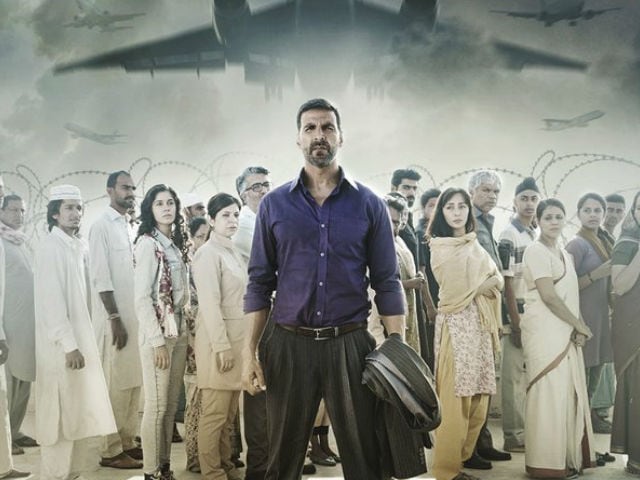 A still from Airlift

"One, the fact that such a theme has been selected for a film shows how important it is," ministry spokesman Vikas Swarup said in a statement made after what he called a 'lot of queries' being received on the role played by the ministry during the evacuation.

"We at the ministry of external affairs consider the protection of Indian citizens abroad as among our foremost responsibilities," he said.

He said the ministry had done this in the past and would continue to do so in the future as well.

"Second, this is a film. Now, films often take liberties with actual events, with facts and this particular film has also taken a lot of artistic liberties in the depictions of the events that actually happened in Kuwait in 1990," said Mr Swarup, whose 2005 novel Q&A was turned into Oscar-winning film Slumdog Millionaire by director Danny Boyle.

He said those who remembered the 1990 evacuation 'would also know the very pro-active role played that the ministry of external affairs played'.

He recalled the official Indian delegation that was sent to Baghdad and Kuwait and the coordination that was put in place by the civil aviation ministry, Air India and a number of other government departments.

"I myself can vouch for this as I myself was on the frontline of evacuating Indians from Kuwait who were coming to Turkey via Syria," Mr Swarup said.

At the same time, he expressed the hope that Airlift would inspire people to read more about the actual events that took place and "the very proactive role that the ministry of external affairs always played in safeguarding the interest, and concerns and the security of Indian citizens who live and work abroad".

Mr Swarup also tweeted that the film was "great entertainment but rather short on facts".

Directed by Raja Krishna Menon, Airlift, which also stars The Lunchbox actress Nimrat Kaur, narrates how the Indian government evacuated 170,000 people of Indian origin and also of other nationalities through 488 flights during the war.