Ahead Of World Mental Health Day, Deepika Padukone Shares A Glimpse Of Her Conversation With Abhinav Bindra 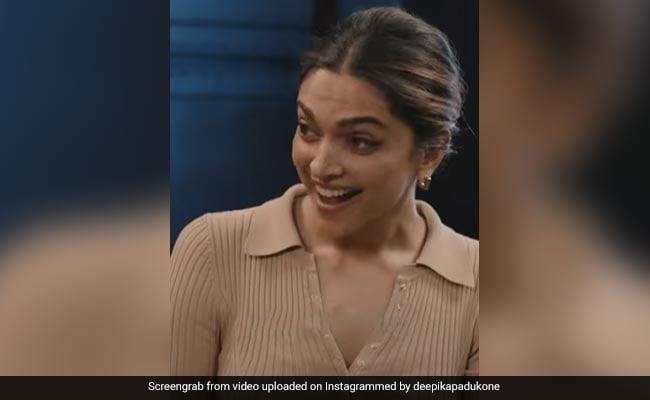 Deepika Padukone in a still from the video.(courtesy deepikapadukone)

Deepika Padukone, who has been an an active advocate of mental health awareness and has been extensively working towards de-stigmatising mental illness, recently had a conversation with Olympic gold medalist Abhinav Bindra. The actress shared a glimpse from the conversation on her Instagram profile. The video will release on the occasion of World Mental Health Day (October 10). Sharing a snippet from the session, the actress wrote in her caption: "The 2021 The Live Love Laugh Foundation Lecture Series featuring Abhinav Bindra. Releasing this World Mental Health Day. Stay Tuned." She added the hashtags #WorldMentalHealthDay and #LLLFoundation to her post.

In the video, Abhinav Bindra can be seen recalling what his mother once told him. He said, "She comes up to me and I was grumpy and almost in tears and she comes up to me and says, The most you could have won today was silver or bronze but you are gonna win a gold medal in 4 years time. I just shut up. 4 years later it actually happened so never argue with a mother's instinct."

This is what Deepika Padukone posted:

The actress, who came out in 2015 as having battled depression, runs the Live Love Laugh Foundation, which aims to help those struggling with their mental health.

In 2015, Deepika Padukone revealed that she had been diagnosed with depression the year before and had sought help. Speaking to NDTV, Deepika said, "I woke up one morning just feeling empty you know like this pitt-ish feeling in my stomach that I was telling them that I get this pittish feeling in my stomach. I woke up like feeling directionless, I didn't know where to go, I didn't know what to do and I had these bouts of feeling so low that I would just start crying at the drop of the hat."

In terms of work, Deepika Padukone has a busy schedule ahead, with several releases lined-up. She awaits the release of the sports film '83, in which her husband Ranveer Singh plays the role of cricketing legend Kapil Dev. The actress will also star in Shakun Batra's untitled film with Ananya Panday and Siddhant Chaturvedi. She also has a film with Prabhas. The actress was last seen in Chhapaak, which she also produced. She will co-star in the Hindi remake of The Intern, alongside Amitabh Bachchan. She will also be seen in Siddharth Anand's film Fighter, alongside Hrithik Roshan, who recently shared a update where he wrote that the film is "ready for take off."