Ahead of Rock On 2, Farhan and Team to Release Documentary on Magik 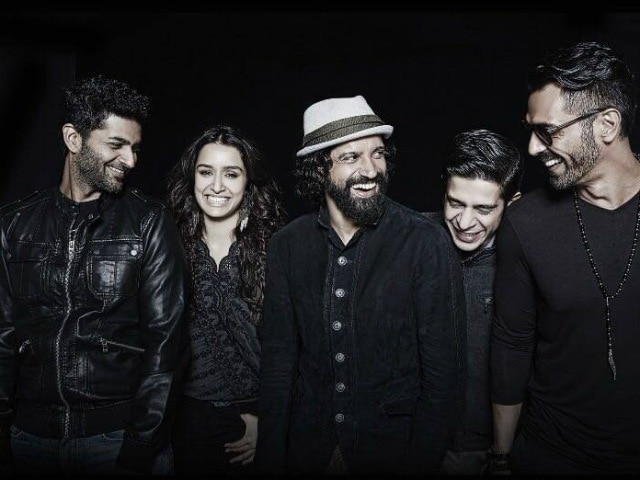 New Delhi: Looks like Rock On 2 have a lot in store, other than its double energy. Rock On has also created a documentary separately called Rock On Revisited.

This documentary shows the journey since Rock On!! and encompasses each character's ride from the film, which is wrapped in a video clip.

The 15-minutes documentary also features how impactful the film was on the audience and on the group of individuals who joined hands to pursue the dreams of their rock band Magik.

However, the makers have still not decided a release date for the documentary.

On this note, Farhan said, "We decided we had to go back to how all it started. You have to follow what you are very excited about. There is no choice. Today, with Rock On 2, we have the opportunity to push that energy a bit more. It was in 2007 that Rock On!! director Abhishek Kapoor came up to me while I was with friends in a South Mumbai bar and told me he was very keen to cast me in film about a rock band as the lead singer in that band, Aditya Shroff. It wasn't something that I hadn't considered at that point - acting or singing. The responsibility of fronting a film was the greatest challenge. It's not as easy as people imagine it to be."

"We all worked at it and tried to get ourselves as close to performing the songs in a way that it really felt to us as actors and to the audience, when they were watching, that these people are really playing and it's not mock-stuff. You can't pretend to be a lead singer. I have been touring with my band independently now and the music really did catch on, but it's incredible to see the recall value of the first film's songs. The minute the songs start from the album, the energy of that crowd just completely changes. With the sequel, we have that opportunity to push that more and do more concerts now as people are more familiar with the songs of the last film," he added.

Promoted
Listen to the latest songs, only on JioSaavn.com
When asked about Rock On!!'s National Award-win, the Bhaag Milkha Bhaag actor said, "Yes that felt amazing. There have been so many wonderful stories after our Rock On!! story where people told us how they came together and formed rock bands and became aware about rock music. That also forms a part of the documentary."

rock on 2rock on 2 filmrock on 2!!Farhan Akhtar