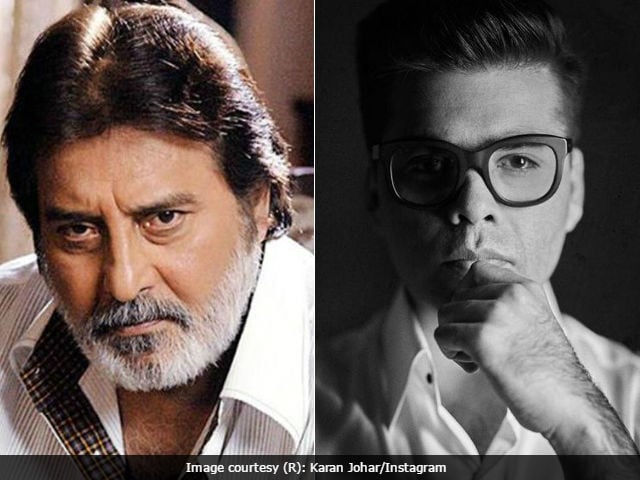 New Delhi: Filmmaker Karan Johar announced that the premiere of upcoming film Baahubali: The Conclusion has been cancelled as a "mark of respect" to veteran actor Vinod Khanna, who died after a battle with bladder cancer on Thursday in Mumbai. The makers on Baahubali 2 said in a statement: "We are deeply saddened by the loss of our beloved, the legendary Vinod Khanna. The demise has come as a huge shock to all of us. As a mark of respect for our dearly departed, the premiere event of Baahubali : The Conclusion is now cancelled. Love and remembrance, Karan Johar, SS Rajamouli and the entire team of BaahubaliBaahubali 2 in Hindi, also tweeted: "As a mark of respect to our beloved Vinod Khanna the entire team of Baahubali has decided to cancel the premiere tonight (sic)."

As a mark of respect to our beloved Vinod Khanna the entire team of Baahubali has decided to cancel the premiere tonight...

Meanwhile, celebrities have reacted with grief on Twitter. Rishi Kapoor shared pictures of his Amar Akbar Anthony co-star and wrote: "Will miss you Amar. RIP. (sic)" Superstar Rajinikanth, who has worked with Mr Khanna in films like Khoon Ka Karz and Farishtay, tweeted: "My dear friend Vinod Khanna... will miss you, RIP. My heartfelt condolences to the family. (sic)"

Promoted
Listen to the latest songs, only on JioSaavn.com
Vinod Khanna debuted in 1968 film Mann Ka Meet, and went on to star in films like Purab Aur Paschim, Mera Gaon Mera Desh, Hera Pheri, Chandini and Muqqadar Ka Sikander. He also featured in Salman Khan's Dabangg series and was last seen in Shah Rukh Khan and Kajol in 2015's Dilwale.

Vinod Khanna was married twice. He has two sons, Rahul and Akshaye, with first wife Geetanjali, and a son and daughter with second wife Kavita, who survives him.